Our month of our favorite animated scenes continues! Last week Jay from Life Vs Film brought us a scene from Wall-E, but this week I'm going old school. Some of you may not remember The Land Before Time, but it's one of my favorite animated movies and hearkens back to a time when animated films were gorgeously hand drawn. Unfortunately, I'm sharing not only one of TLBT's saddest scenes, but possibly one of the saddest scenes in any cartoon. 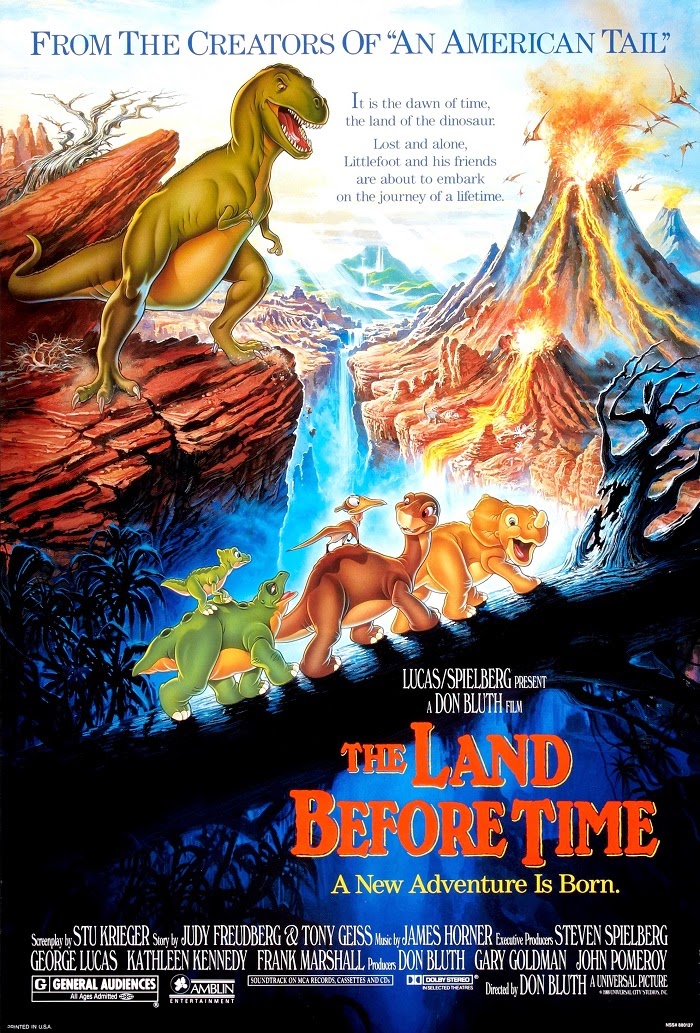 If you're anything like me, you grew up watching this flick (and avoiding its horrible, song-filled sequels [holy shit, apparently they made 12 of them!]). Directed by Don Bluth, the fella that also helmed An American Tale (and would go on to do a ton of other animated flicks), and executive produced by Spielberg, George Lucas, Kathleen Kennedy, and Frank Marshall, TLBT tells the story of Littlefoot, an apatosaurus or, "Long Neck", and his group of mismatched dino pals. Littlefoot's group is trying to make it to "The Great Valley" after an earthquake strikes the land. This week's scene focuses on the quake and its emotional aftershocks...

Movies teach us a lot growing up, and death is usually one of the subjects. It may not be pretty, but The Land Before Time didn't shy away from it. I really don't have any firm memories of this scene from when I was a kid, but surely this had to have been the first time I saw a death on screen. The scene still gets to me. When Littlefoot's mom tells him she'll be with him, even if he can't see her...

I'm not sure what my deal is with sad cartoon scenes. I promise I'll share something happy later this month. Or, at least, not sad.
Posted by Robert at 10:41 AM