Hi there, welcome to Tune In Tuesdays here in totheescapehatch, or TITs, as we like to refer to it.  This is the first installment of what will hopefully be a weekly post along the same vein as our Music Video Mondays, MVM, and Favorite Scene Fridays, FSF, where we bring you all the best new releases from around the entertainment world; music, movies, books, etc.  If you’re anything like me, you find yourself scouring Amazon.com for new releases in movies and music when you’ve exhausted all of your porn … er, “other” searches.  So I thought we’d do you one better and leave out all the shit that’s being released and instead turn you on to only the good stuff.  That being said, not much in the way of movies was released today, but we finally have some music to look forward to:

2013 hasn’t been the most prolific concerning new albums, at least not so far anyway.  Local Natives sophomore album, Hummingbird, is well worth a pick-up, but aside from that, I’m afraid it’s been bare bones and cold out there.  That is, until today.  Today, March 5, brings us yet another 12 tracks of “previously unreleased studio recordings” from the greatest guitarist of all time, Jimi Hendrix, on the new album People, Hell and Angels.  The name of the album alone gives me chills, but in an electric kind of way, if you catch my drift.  About half of the 12 tracks represented you’ve undoubtedly heard other versions of before, if, like me, you’re diehard fan, but according to the liner notes, none of us have been granted the pleasure of the “studio” versions.  In the short time that Jimi was with us, he gave us some of the greatest Classic Rock tunes ever recorded and based on this release, as well as 2010’s Valleys of Neptune and the slew of Live performances released/being released lately, he’s still not done.  Don’t get me wrong, I have no doubt in my mind that Jimi is dead (how could it keep releasing new material???), but it amazes me that his family is still making money off of these “unreleased recordings” (oh, I see).  Gotta love greed, right?  I guess I can’t complain too much though, because I really did enjoy Valleys of Neptune in, more or less, a nostalgic way (clearly wasn’t his best, but then again why would it be?) and I can’t wait to get ears on People, Hell and Angels . . . chills again.  What do you think, should we finally let Jimi rest in peace or are you all for new “old” releases? 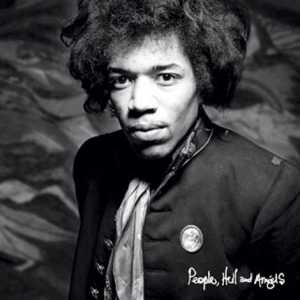 Another big release in my mind (but apparently not in the rest of the four Jacksonville music stores) is the release of Josh Ritter’s new album, The Beast in Its Tracks.  Ritter is far and away one of the best songwriters making music today and I’m delighted as hell for this release.  I read that the album came about upon the disillusionment of his short marriage so I’m expecting some sad stuff, but then again, Blood on the Tracks is one of the penultimate Bob Dylan albums out there and it came about from a split/divorce of his own, so my hopes are quite high for this one.  To be fair, my excitement is a little on the “huh, what?” side being that I’ll be married in two and a half weeks, but I keep going back to Blood … and how some of the best music is created out of heartbreak.  I’m sure this one will remain fresh and relevant for quite some time to come.  We’ll see I guess.  The Beast … is Ritter’s seventh album and I encourage you to pick them all up and see him live every chance you get – he’s a very personable, down-to-earth performer, as I’m sure both Robert and Tiffany can attest.  Every album has its standout tunes, obviously, but so far, 2010's So Runs the World Away is my favorite.  What about you?  Have you heard his stuff/have a fav?  Let me know and check back next Tuesday for TiTs here in totheescapehatch. 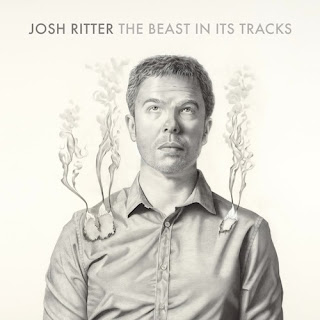