Escape By Picking Up A Hitchhiker: Texas Chainsaw 3D

What The Texas Chainsaw Massacre series lacks in quality it makes up for in oddities. You’ve got the well-respected 1974 original film. Then you’ve got the incredibly weird sequel that didn’t come out until 1986, followed by two more sequels that feature Viggo Mortensen, Matthew McConaughey, and Renee Zellweger before they made it big. After those are the 2003 remake followed by the 2006 prequel. That brings us to Texas Chainsaw 3D, which not only ignores all of the films after the original but, in a way, ignores the original itself.

You see, while Texas Chainsaw 3D picks up pretty much right after the original film, it retcons that 1974 flick so that it takes place much closer to 2012. The heroine of the film, who is revealed to have been an infant at the time of the original, appears to be in her twenties in 2012 (actress Alexandra Daddario is 26 years old at the time of this writing).

Here’s the thing: it’s fine that the filmmakers changed the year of the original film (the Friday the 13th reboot did the same thing). They just should have come right out with it. The film makes a big deal out of the date of the original film’s events, but goes to great lengths to not mention the actual year. I found myself wondering when the film was set for a lot of its running time and it proved to be kind of distracting.

So. When our film begins, the Sawyer clan (Leatherface’s family) is holed up in their house of horrors after the local police and a posse of angry townsfolk find out about young Leatherface’s crimes. After a brief standoff, the Sawyer elders decide to give their murderous youngster up. Before they can offer him, however, the posse shoots the Sawyer clan and sets fire to the house.

One of the family members - a young woman - survives, but only long enough for one of the posse members to kill her and take her baby to raise with his wife.

Cut to a number of years later after the baby has grown into a pretty, incredibly skinny, large-chested butcher/deli worker (yeah). She gets a letter that she’s inherited her grandmother’s house. After picking up a hitchhiker (yeah), she and her friends travel to Texas to claim the house. Little do they know that Leatherface - having survived the fire years ago - is part of the inheritance...

The script is troublesome. For example, one minute our characters crash their car out in the middle of nowhere. Heather escapes and runs through a scary forest for a few minutes. Suddenly she's at a brightly lit carnival with dozens of people around. A lot of the dialogue is laughably bad. At one point early in the film, Heather returns home to her boyfriend, having visited her "adoptive" parents and receiving the news that she's not their daughter.  “I’m adopted,” she says. He hugs her. It reminded me of the “I definitely have breast cancer,” line from The Room.

All of the characters were too stupid to live. Heather falls down so much that it's hard not to laugh. She even gets hit by a car! For the most party, all of the actors were just passable, serving only as eye candy (the film likes to point out that Daddario has breasts and the camera is no stranger to Tania Raymonde's ass) and/or chainsaw fodder.

The film isn't all bad and it's clear that the filmmakers wanted to make a decent horror flick with a few unique twists. The movie has an acceptable level of atmosphere and dread and isn't afraid to show you people getting chainsawed in half. I also liked that the film started with scenes from the original movie. It was a nice connection to Massacre. Also, take note of this film's sheriff. You might just recognize his name. 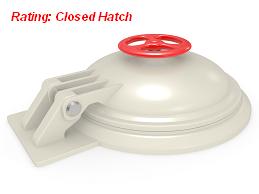