Batch o’ Hatch: “I Finally Saw…”, a Slew of Horror Shows, and The Avett Brothers

Hello friends, family, Hatchlings, and fellow bloggers. How are you? How’s the gout? Anyway, thought I’d write about a few things for ya. 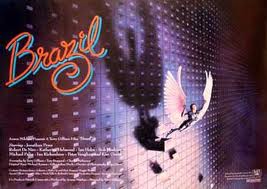 I watched a Brian Dennehy-sized amount of films over the weekend. I’d never seen any of these before.

I’d love to share some thoughts on all of those, but I’m really compelled to talk about Disclosure. As you may know, it’s a mostly serious film about a sexual harassment dispute between Michael Douglas (harassee) and Demi Moore (harasser) at a big software company and the corporate intrigue that results from it. Here's the trailer in case you're interested.


There’s some odd scenes sprinkled throughout the film, including one where Donald Sutherland sexually harasses Michael Douglas (in a dream) and the gem below. Watch it and come back. 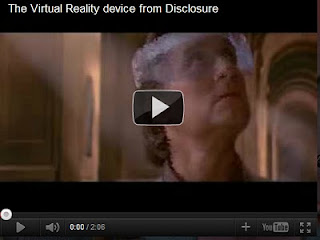 If you haven't seen the film, Michael Douglas enters that virtual reality program to find some computer files. Keep in mind, the whole movie up to this scene had been very serious in tone and mostly just featured people in board rooms yelling at each other. Then all of a sudden Michael Douglas is The Lawnmower Man or something. It was really odd and didn't fit with the rest of the film at all. I figured I'd point that out, since there's obviously some people out there that haven't seen the film, plus, anyone who has seen it probably forgot how ridiculous it was since they saw it in the nineties. What's even funnier is that the scene is glimpsed in the trailer above. Anyone watching that probably assumed Disclosure was some sort of sci-fi film.

Let's talk about horror shows. There are a crazy amount of them on TV recently (damn near Brian Dennehy levels). The Walking Dead, American Horror Story, Grimm – I realize that Grimm is more fantasy/fairy tale oriented but, go with me – and then you’ve got upcoming shows like Alcatraz (I think this is more of a sci-fi show) and The River (which I previously wrote about here). Not to mention SyFy shows and crap like the Vampire Diaries and True Blood (and I realize the latter isn’t crap but it’s old news).

Nick recently predicted the upcoming The Adjustment Bureau TV series (read the Joblo article talking about the actual forthcoming series here) and that, plus all the horror shows as of late made me want to talk about my idea for a TV series version of A Nightmare on Elm Street. Maybe the TV show fairy that granted Nick's wish will read this.

I think the series would lend itself nicely to TV. Think NoES #3: Dream Warriors. The series would focus on the kids at a sleep clinic/psychiatric ward and their doctors. Kids could get picked off from week to week and eventually Freddy would come into play. 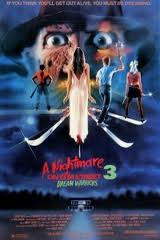 The only thing would be getting the right Freddy. Jackie Earle Haley did a pretty good job in the otherwise horrible NoES remake recently, so obviously Robert Englund isn't the end all be all of Freddies.

The Avett Brothers at The Florida Theatre

Tiff alerted us that The Avett Brothers will be playing at Jacksonville’s Florida Theatre in February and I'm excited to hear them play. I was gonna check the Brothers Avett out at Orlando Calling this Saturday, but I’m pretty strapped for cash. I’ll be super rich by February, right?

One of the reasons that I like these guys so much is that they have a good balance of fun songs (check out At The Beach) and sadder, introspective songs (Murder in the City always makes me tear up).