Ashes & Fire - The Perfect Combination: A Cold Beer, My Thoughts & This Album 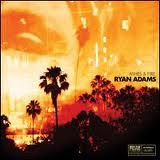 The thirteenth album from the ever eclectic Ryan Adams was released this past Tuesday and I suppose since he’s been out of sight for nearly two years, it was given very little fan fare. It’s really a damn shame because Adams remains one of the greatest songwriters of my generation. Sure there’s no denying that he’s taken some miscalculated risks over the past 10 years, but if you’re a fan, then you know he’s always been the type of artist that zigs when you want him to zag. I think that’s refreshing when compared to the countless sellouts that keep producing the same garbage because they know it’s going to sell, or even worse totally change their sound to attract more of the masses. I’m all for making a buck, but to lose all musical creativity to do it is almost unforgiveable. Okay I’ll stop before I go somewhere I never intended.

I assume because of Adams’ past experiments, Ashes & Fire has been placed in a wide range of music genres. I’ve seen it labeled as Rock, Alt/Country, Folk, Country and even Adult Alternative. It gives me the impression that the record could catch the attention of more than just the hard-core Adams’ fans. However in saying that, if he does attract a new group of listeners, I hope they’ll really take their time with this album (I'm going on four nights straight) because Ashes & Fire won’t blow you away on the first couple of listens. Like most of his emotionally charged songs, this album will slowly seep into your head and heart, stirring up memories of love lost and love gained. It will induce self reflection, encourage happiness and hopeful beginnings. To truly give this album its just due, you need to find yourself a comfortable hide out, press play and absorb Adams’ voice, the strum of his acoustic guitar, the beauty of Norah Jones’ piano and his ever present poignant lyrics.

From “Do I Wait?”
“I waited in the wings
For you to appear
But you’re never coming back
And we’re never going to feel
Like we did”

This is probably the closest thing to Heartbreaker he’s released in a long while and I think that’s what most Adams’ fans wanted. It’s soulful, heartfelt and truly moving. It’s everything that’s best about Adams, but it’s not Heartbreaker. It doesn’t have the energy of his solo debut, however it’s a more mature, grounded and introspective Adams. A man who sounds like he’s accepted his life choices, including marriage, with arms wide open. It’s the Adams I love and thank for getting me through some tough times in my life.

Email ThisBlogThis!Share to TwitterShare to FacebookShare to Pinterest
Labels: by Pat, Ryan Adams