Greetings, Hatchlings! Every month we round up all the stories we can find about fun movie events like marathons, special screenings, and conventions and miscellaneous film-life stuff like food and games. Let’s see what went down in the world of escapism and pop culture shenanigans in November and December of 2014! 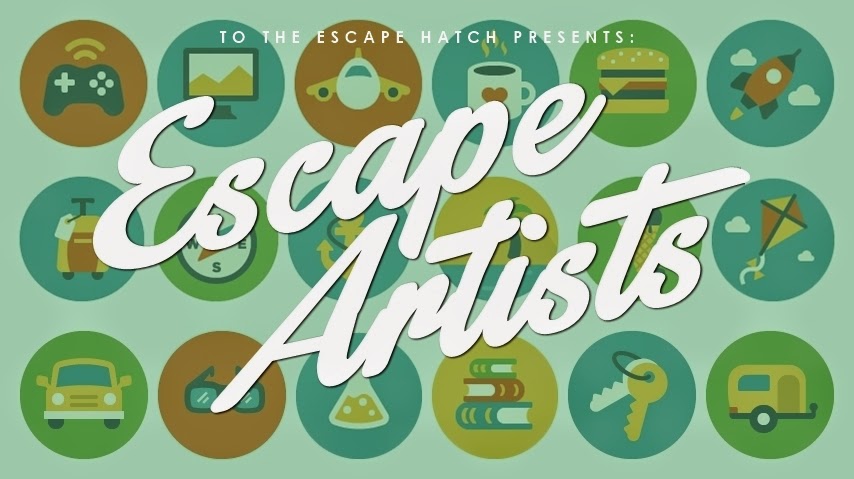 Hooh boy! This is very late again. Apologies. Would you believe that I had a massive problem at my house that required me to move into a hotel for two weeks? And then I went on a cruise for my 30th birthday where I got a really bad sinus infection and was bed-ridden for a few days? Yeah, it's been a weird couple months. And then the holidays happened!

Anyway, here's a new installment of Escape Artists, complete with an Escapist of the Month(s) which is...

...the Reservoir Geeks! Back in July they held their annual "Lovely Soiree at the Bottlerocket Motel", an event at the hotel featured in Wes Anderson's Bottlerocket that celebrates the director and his films. I finally got a look at the festivities after they recently posted a recap of the event. It looks like it was a blast, complete with a "Wes Dressed" costume contest and a screening of the movie. Check out their site to see photos from the event.

Do you go to fun escapist events like movie marathons, festivals, movie-themed parties, or concerts? Are you planning on checking out any fun movie fan destinations? Have you seen any cool pop culture themed games or food anywhere? Let us know in the comments or by emailing us at totheescapehatch(at)gmail(dot)com.
Posted by Robert at 9:40 AM