Every month we round up all the stories we can find about fun movie events like marathons, special screenings, and conventions and miscellaneous stuff like food and games. Let’s see what went down in the world of escapism and pop culture shenanigans in June 2014!

Escapist of the Month

Our Escapist of the Month is Secret Cinema! The group, an "immersive experiential film company", is creating their own Hill Valley for screenings of Back to the Future throughout July and August. According to The Guardian:

"Secret Cinema, the organisers of large-scale film-viewing events, have announced plans to recreate the fictional town of Hill Valley in an undisclosed London location this summer.
Hill Valley was the setting for 1985 time travel classic Back to the Future. Secret Cinema founder Fabien Riggall said: "We will build an entire town, where audiences will live inside the world of Back To The Future. We will play heavily on the innocent dream-like Americana world of 1955 and the nostalgic pre-mobile phone world of 1985."

"Audience members will be able to travel between the 1955 and 1985 versions of Hill Valley via 'secret' passageways, and a screening of the film will be accompanied by "extra experiential surprise elements.""


If you're not familiar with Secret Cinema, read more here.

Jess and Lindsay from French Toast Sunday went to a totally awesome sounding Jurassic Park anniversary event at The Windup Space in Baltimore. I'm looking forward to hearing more about this for sure.

Earlier this month you may have heard about a botched "RoboCop Day" in Detroit. Sites like The Onion reported that that infamous RoboCop statue was supposed to be unveiled but that sort of fell through. According to this Detroit Free Press article, "miscommunication" is to blame for the lack of statue.

Some festivities did happen, namely a first pitch throw at a Detroit Tigers game-aaaand apparently RoboCop isn't good at pitching.

The Texas Chainsaw Massacre at Sun-Ray

On July 11th and 12th The Texas Chainsaw Massacre will play at Sun-Ray here in Jacksonville with special guest Gunnar "Leatherface" Hansen dropping in on the 12th! Massacre turns 40 this year and there's a shiny new restored version of the film for us to check out. Excited! DO THE LEATHERFACE!

*The Harry Potter expansion at Universal Studios will open on July 8th! - via JoBlo

*MondoCon is coming! - via Nerdist

*Try out this Golden Girls drinking game. - via BuzzFeed

*Rob Zombie's Great American Nightmare is coming back. - via JoBlo

*Real-Life Jumanji board game. - via JoBlo

*You can buy the actual Money Pit house. - via The AV Club

*You can now explore the USS Enterprise one block at a time in a game called PixelTrek. - via the AV Club

*One Two Freddy's comin' for you! Robert Englund will don the Freddy makeup one last time at Flashback!

Robert Englund will wear his Freddy Krueger makeup at Flashback! They say it's a first. pic.twitter.com/lBqri3Slgn
— Kristin (@Kreepylady) June 17, 2014


*Looks like our friend Markus from Green People Soup visited the church in Venice from Last Crusade!

*There's a weird VHS copy of Hellraiser haunting a bus stop in London. Or something. - via the AV Club

*Someone is selling replicas of the Vigo the Carpathian painting from Ghostbusters 2. - via Badass Digest 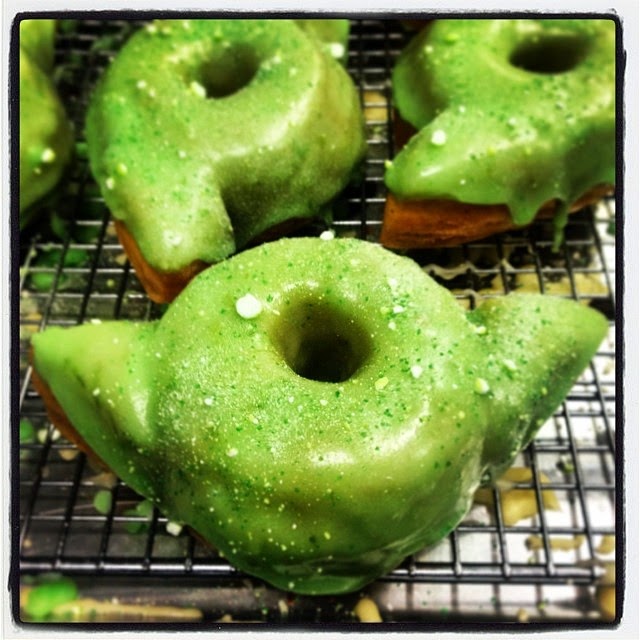 I saw this Holy Grail Ale a while back and thought I'd throw it in here. Might make for a good pairing with the Monty Python classic, perhaps at the upcoming Cinemark Classic Series screening in July? 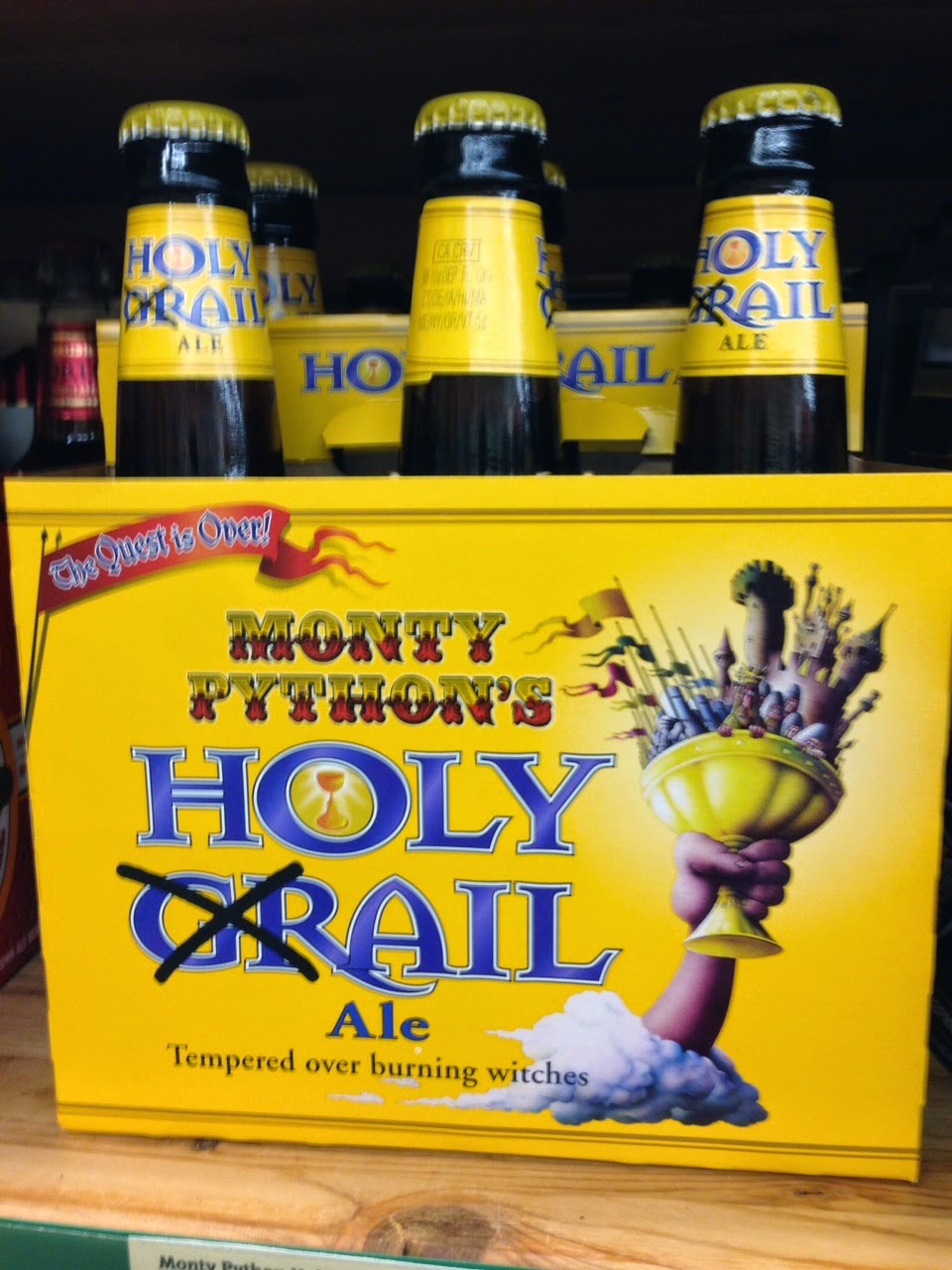 My wife got me a sweet Evil Dead/Army of Darkness groom's cake for our wedding! 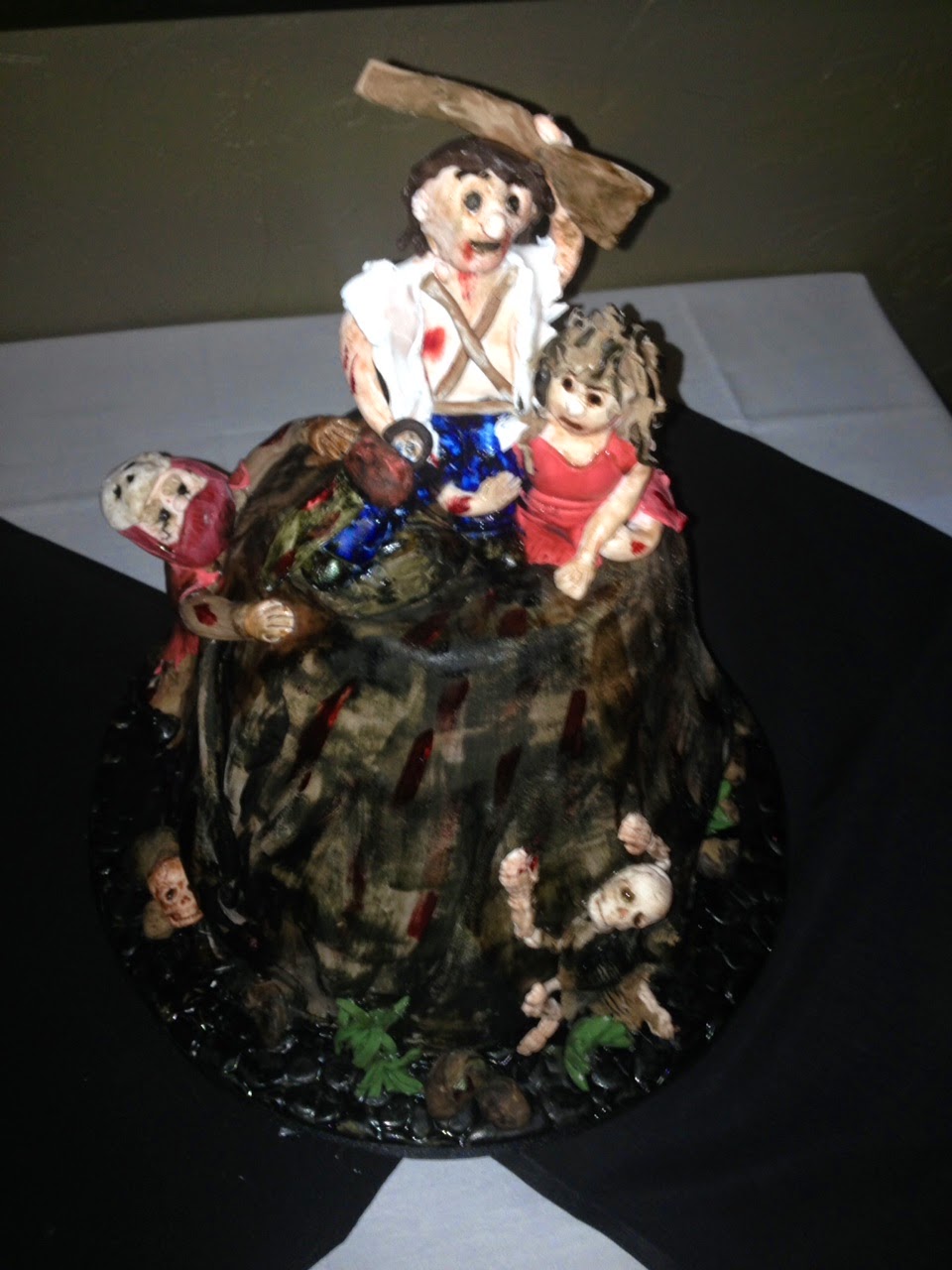 Ben and Jerry's has made some Saturday Night Live themed ice cream flavors! - via the AV Club

Do you go to fun escapist events like movie marathons, festivals, movie-themed parties, or concerts? Are you planning on checking out any fun movie fan destinations? Have you seen any cool pop culture themed games or food anywhere? Let us know in the comments or by emailing us at totheescapehatch(at)gmail(dot)com.
Posted by Robert at 9:00 AM