Is anyone else guilty of forgetting about Stranger than Fiction? I think I've only seen it all the way through once. But it's an undeniably solid film with an interesting story and great performances by Will Ferrell, Maggie Gyllenhaal, and Emma Thompson. It was one of Ferrell's first "Hey look at me I'm trying to act here," roles. 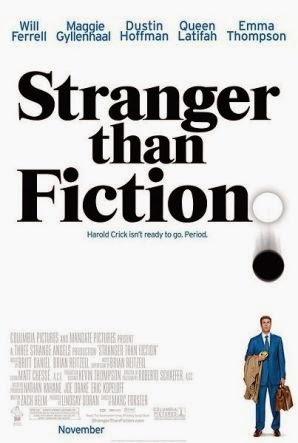 At its core, the film is about the relationship between Will Ferrell's Harold Crick and Maggie Gyllenhaal's Ana Pascal. The two start out as anything but friends (Harold works for the IRS and is auditing Ana) but they eventually fall for each other. Today's scene shows the moment that happens.

Ana has just cooked for Harold and the two have finished the meal. Ana starts to clean up in the kitchen while Harold wanders over to her guitar and, despite declining Ana's requests to do so, begins to play the one song he knows - "(I'd Go The) Whole Wide World" by Wreckless Eric. What happens next is fun and, dare I say it, pretty sexy. Let's watch:

I love right around 2:00 where you can tell Ana is really getting into Harold and she starts mouthing along with the song. And then at 2:30 where Harold notices that she’s watching him. When they finally kiss it seems as if they’re going to break the guitar between their bodies ala Val Kilmer and Lucy Gutteridge in Top Secret.

That passionate kiss is what makes this scene so great. Well, that and the buildup to it. The scene starts so mundane - Gyllenhaal is washing dishes and Ferrell is just wandering around the living room - but culminates in a great song and a kiss worthy of The Princess Bride. I guess that's the point of the film...don't be mundane, be passionate! Anyways, enjoy your Friday and your weekend. Learn the guitar! Be passionate! At the very least, watch Stranger than Fiction again.