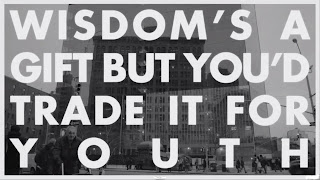 I've been a Vampire Weekend fan since "A-Punk" and although they've been accused by some, of looking like frats boys that probably roofie vulnerable sorority girls, I still like them. With their latest release in May, Modern Vampires of the City, I've become an even bigger fan.

Described as indie-rock, Vampire Weekend has always had a hint of baroque, island and African influence. Sometimes even sounding like Paul Simon or Simon & Garfunkel. Today's song, "Step" has the familiar sound Vampire Weekend fans have come to expect and love. Not much to the video, unless you want to figure out what lead singer Ezra Koenig is singing about. It's a lyrics video with New York City as the background. I hope you have a great Monday and as always remember to live your soundtrack out loud.

Because I missed last Monday, I'm gonna sneak in another video from VW. Also from MVOTC, here's the video for "Diane Young".