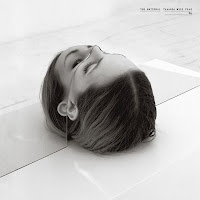 For those of you who came to the Hatch today expecting the new artistic video from Justin Timberlake I'm sorry to disappoint. Although JT does his best Robin Thicke impersonation and there are more boobies than a strip club, "Tunnel Vision" will not be found here. Instead, I have something far less sexy but much more awesome.

The National have been around since 1999 with very little fanfare, however with the commercial success of their 2010 release High Violet they are rapidly gaining the much earned respect and recognition they deserve. If you've ever sat down and listened to them, then you know why they are very rarely played on popular radio or even the "indie" radio stations. Their songs aren't the most uplifting, but what they lack in poppiness they more than make up for with emotion and some of the most heart wrenching songs known to man. Mondays are crappy enough so I'll spare you the sad song today, well kind of.

This one comes from their latest album, Trouble Will Find Me.  The video is for the song "Sea of Love". It's a close quarters, spastic 4:06 of beauty. I know a lot of people say that The National are shit, but I'd put their discography up against any of the bands that fall into their category. I think the real problem that some people have with The National is, unlike most of the thoughtless, simpleton, mainstream crap being shoved down our throats today, they are forced to think too much to enjoy the music. Speaking of enjoy, I hope enjoy this video and the rest of your Monday and as always live your soundtrack out loud.

Email ThisBlogThis!Share to TwitterShare to FacebookShare to Pinterest
Labels: by Pat, Music Video Monday, The National