TiTs: It's Tuesday and You Know What That Means!


Welcome back to TiTs, totheescapehatch’s newest weekly post about the best upcoming releases in the entertainment world.  Last week, I brought to your attention the new CD releases by Jimi Hendrix and Josh Ritter.  I hadn’t heard either at the time of the post and I am happy to report that neither album let me down, not even in the slightest.  I’d encourage you to pick them both up (or download them, whatever) as soon as you can, you will not regret it.  Alas, I’m getting ahead of myself though, so let’s officially go over last week’s additions, or Old TiTs, as I like to call ‘em:


It’s very apparent that these 12 tracks are “works in progress” but that in no way, shape, or form should detract you from them.  Although “works” for sure, they can/do standalone just fine.  The 12 tracks are a grab-bag of various songs, including a few electric instrumentals (Easy Blues and Inside Out – easily my favorites from the entire album), a couple where Hendrix is backing a different singer (Let Me Love You and Mojo Man), as well as condensed (or different) versions of tracks we’ve heard before (Villanova Junction Blues and Hear My Train-A-Coming).  The album fits in nicely with his (ever-increasing) body of work and stands-out much more than 2010’s Valleys of Neptune did.  I’m already looking forward to the next release.


Ritter – The Beast in Its Tracks;


Much like I had anticipated, this 7th album by Josh Ritter is his Blood On The Tracks swan-song.  The lyrics are undoubtedly full of loss and despair, but the accompanying music is as lifting as ever.  You wouldn’t know it upon first listen that this album stemmed from a brief marriage that did not end happily (keep in mind, I’m assuming with this comment as I really have no idea what or how it went down), but then again, such tracks as Tangled Up in Blue, Simple Twist of Fate, and Buckets of Rain don’t seem to be downers either . . . but once you really listen to those lyrics, you might have a change of heart.  I applaud Ritter for making this album and making it as good as he did.  He doesn’t come off as whining or mean unlike that other pop-star (who can’t even take a joke without bitching about it) and her ENTIRE catalogue and that’s respectable in my book.  Maybe that pop-star can take a note or two, but then again, I doubt she will.  Standout tracks:  all of ‘em!


This week’s new releases run along the same path as the majority of other releases/weeks so far this savage year of our lord, 2013.  That is to say:  There ain’t much to get excited over.  Fear not though, the week is not a total loss . . . 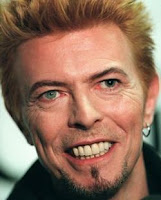 The best music releases this week come from a couple of oldies, but goodies:  David Bowie and Eric Clapton.  I feel relatively the same about these two artists inasmuch as I love their work prior to approximately 1975.  Okay, well Clapton I can get on board with for a little longer, one of my favorite songs of his is, I’ve Got a Rock ~n~ Roll Heart, off of the 1983 album Money and Cigarettes (the rest of the album is pretty “blah”).  I think it’s safe to say, both of these guys have already hit their respective peaks and anything new out of them doesn’t impress much nearly as much as when I was first introduced to their early stuff.  That being said, you’ve got to respect the guys for still putting out music, and in Bowie’s case, new music.  One of the reasons I fell off of Bowie’s release radar is his diving into electronic-esque music, leaps and bounds away from the Awesome Instant Classic, Ziggy Stardust and the Spiders From Mars.  I fully encourage artists to take their music in different directions, so for all intents and purposes, I respect this guy to the nth degree, it’s just sad for me to say that electronic-esque music isn’t really my bag . . . baby.  On the other hand, I read (only in Wikipedia, so don’t get too excited) that this album “is quite the rock album”, so who knows.  I’ll check it out on iTunes once the whole thing is available and I’ll be sure to let you know.  I have to admit though, the quote alone has intrigued me and now I’m devilishly curious about just how “rock” it actually is.  Another note in the right direction can be noticed by the track names:  Dirty Boys, I’d Rather Be High, Dancing Out in Space, and (You Will) Set the World on Fire.  The album is Bowie’s first one since 2003 and is officially his 24th studio album.  It’s called The Next Day.  I wonder if it will be his last. 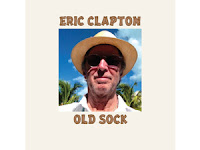 Eric Clapton doesn’t slow down very much.  Like Bowie and his 24th album, Old Sock marks Clapton’s 20th studio album, although unlike Bowie, the 12 track album only contains 2 originals.  Much like most other Clapton albums, I’m sure the Blues will be incorporated throughout and the only negative thing I could possibly say about that is, yeah – it’s the same old Blues.  I love the Blues.  A lot.  But after hearing Further On Down The Road (it’s track 1 on this album) for the 101st time, I’ve got to say Mr. Clapton, gimmie something new already!  That being said, I’m sure the album will be good.  If you like Eric and his styling’s, then you’ll no doubt find yourself comfortably at home.  The man is a living legend and his guitar speaks for itself . . . Incendiary.  I doubt I’ll find myself exploring this album any further, but if you think you’d like it or are already in line to pick it up, drop me a line and let me know how it is, in the meantime I’ll probably just throw it up on Spotify while I’m typing away at work.

I’ve technically only seen two of the mentioned five movies, but I enjoyed them both and I would really like to see the other three.  I missed out on the chance to see Life of Pi before the Oscars came and went, but judging by the preview, and I guess obviously Best Director winner – Ang Lee, the movie looks to me to be incredibly powerful.  It’s been a little while since a movie has spoken to me on the level that I anticipate this one will.  I’m looking forward to that hearty day when the Redbox rental will be carefully stowed away in my PS3 like a long lost loved one finally returned home.  I may be pushing myself toward disappointment (Lee isn’t very high on my list of great movie director’s), but it’s good to hope and dream every once in a while.

And speaking of “long lost loved ones,” Willow is getting the Blu-ray upgrade, kiddies!  Who else out there is excited about this?  I loved this movie when I was a kid and it still holds up . . . at least according to eight years ago when I last watched it.  Before The Lord of the Rings blessed our little hearts, this one was the end-all, be-all, even beating out the ‘really not all that bad’ Legend, with Tom Cruise and the wonderful Tim Curry, in fantasy movies.  Legend aside, no other fantasy held a candle to this one.  After the amazement that is LOTR, I can only wonder what could’ve been made from this film given the special effects that exist today and ten years ago.  I’ll own this one for sure, maybe not today, maybe not tomorrow, but one day I’ll enjoy it in beautiful high definition.  On a side note:  didn’t Val Kilmer used to kick all kinds of ass back in the day? 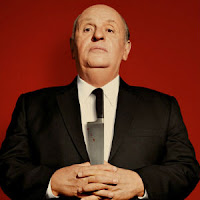 The only other movie I’ve seen from this short list is Hitchcock.  It’s an enjoyable film for what it is:  a comedy-drama based on Alfred Hitchcock and the making of the beloved, Psycho.  Never a huge fan of the huge man myself, my better half adores his work, hence I may not have even bothered with the movie.  The make-up donned upon Anthony Hopkins is impeccable, not to mention the make-up of both Scarlett Johansson and Jessica Biel as Janet Leigh and Vera Miles respectively.  All three actors looked like performers they were portraying and that was pretty cool.  The plot however was a little drab.  It’s got its laughs and, to my surprise (I didn’t inquire too deeply in the plot prior to watching), its marital drama and the quirky behavior of the big man himself, but at the end of the day I can’t foresee myself wanting to watch it again anytime soon.  It’s a good one-timer.

Smashed, starring Breaking Bad’s Aaron Paul and the beautiful Mary Elizabeth Winstead, has been on my radar for a little while now.  The plot revolves around a married couple who love to drink, but when one decides to get sober, the drama kicks in.  My first thought goes to Blue Valentine with Michelle Williams and Ryan Gosling and I’m a little scared that it will be a tad similar.  Not on every level mind you, just the destruction of the marriage idea.  I’ve read various good things about it and it’s got an 84% on the ‘ol tomato meter, so I’m who knows?  I’ll have to let you know on this one at a later date.  If you’ve seen it, drop me a line and let me know how it holds up.  The Blob Criterion Collection Blu-ray is the last on our list of releases.  If you’re anything like me, you collect the Criterion Collection, and you’re wondering why in the hell it’s taking so goddamn long to get The Life Aquatic on Blu-ray Criterion.  Seriously, what’s going on out there?  Anyway, I’ve never seen this original classic (1958) so I’m aiming to be a little surprised.  My dad enjoys it so I gather it’ll hold some sort semblance in my repertoire.  And hell, Steve McQueen is in it, so how bad could it be?


Alright guys, happy shopping, if you’re into that sort of thing, and check back next week for all the goods in Tune in Tuesday’s.  Have a good week and don’t forget to check out the upcoming FSF and our Creature From the Black Lagoon Prize! 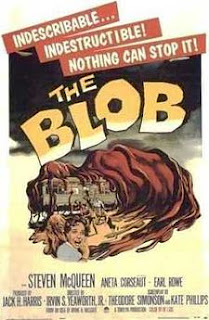