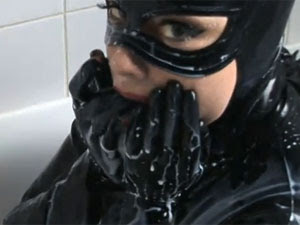 We Are All Strangers


Although they sound like a synth band from the 80's, the White Lies are relative newcomers to the world of popular music. Forming in 2007 and hitting it big with the single "Death" in 2008, these young lads from London write songs beyond their years and today's Music Video Monday is a prime example.

The world of fetishes can best be described as unique. Or some would say just plain F'ed up. I say whatever makes you happy as long as those involved aren't getting hurt. The video for the song "Strangers" gives you a peek into the world of webcam sex.  Fair Warning: If you're at work, make sure you have a quick minimize finger. It's graphic.


If you like what you hear, I have a couple more suggestions from White Lies:
"Bigger Than Us", "To Lose My Life" & "Unfinished Business". The latter was covered by the pop-folk darlings Mumford & Sons. I've linked both versions so you can decide which one is better. Hope you enjoy your Monday and remember to live your soundtrack out loud.