Music Video Monday! "Sabotage": Listen All of Y'all: MCA Tribute 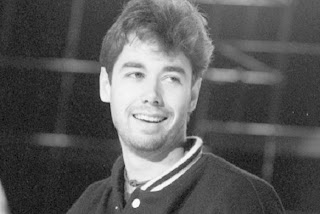 As is the norm nowadays, I first learned about the death of Adam Yauch, better known as MCA of the Beastie Boys, via Twitter. Not since Kurt Cobain has a musician’s death genuinely bummed me out as much as I was when I heard the news of Yauch’s passing. I don't want to sound cold hearted, so let me explain that a little better. It’s always sad when someone dies, but if you don’t know them, you’re like, that’s too bad and then you return to your everyday life. Then there are other times when a death like this really gets you thinking about your life and how that stranger influenced it. Although I’ve long ago changed my taste in music, MCA this Music Video Monday is dedicated to you.

In 1986, I was a freshman in high school and Licensed to Ill came out in November of that year. The release was right in the middle of basketball season and I still remember how that cassette kept me company on all of those long bus rides. Man I played the shit out of that cassette. When the Beastie Boys came out, they changed the hip-hop landscape immediately. They had a unique sound, but not because they were white, they were unique because they mixed rock with rap. They were rapcore and nu-metal, before rapcore and nu metal were a thing. With tracks like, “The New Style”, “No Sleep ‘Til Brooklyn” , “(You Gotta) Fight For Your Right (To Party)” and the opener “Rhymin’ and Stealin’”, a song that samples Black Sabbath, it had an appeal that traditional rap didn’t .  I mean look at what Aerosmith and Run DMC did for each other on the “Walk This Way” remake. “Fight For Your Right” may have gotten all the attention, but if you really listen, Licensed to Ill is top to bottom a high quality, debut effort.

With their next two releases, Paul’s Boutique and Check Your Head, the b-boys lost me just a bit. I still purchased both and I love “Hey Ladies” and “So Whatcha Want”, but grunge had grabbed hold, until the 1994 release of Ill Communication. With “Sure Shot”, “Root Down”, “Get It Together”, “Alright Hear This” and today’s Music Video Monday, “Sabotage”, the Beastie Boys were back in my life.

“Sabotage”, the song, was performed by the Beastie Boys (MCA on bass, Ad-Rock on guitar and Mike D on drums). I really appreciate the fact that they played their own instruments because it was such a change from the other rappers who primarily teamed up with a DJ. Even today, it’s quite strange to see a rapper grab something besides their package or a microphone. “Sabotage”, the video, is an awesome tribute to the cop shows and movies of the 70’s. It features the trio, as cops, dressed in cheesy clothes, bad wigs and even worse mustaches. I hope you enjoy and if you haven’t poured out a little Brass Monkey yet, there’s still time. Happy Monday and make sure to live your soundtrack out loud!