So I saw The Avengers last night. As of this writing I survived the cinematic onslaught, but I think the part of my brain that registers awesomeness received a lot of damage. The flick is just that good.


Anyhoo, since we’ve been writing about The Avengers nonstop for the past five months, I thought it would be fitting to celebrate the film’s release - and the flicks that came before it - by giving the series the Favorite Scene Friday! treatment. Enjoy!

This is one of my favorite scenes from Iron Man. It’s simple, fun, and kind of thrilling. It captures the beginnings of a superhero perfectly. 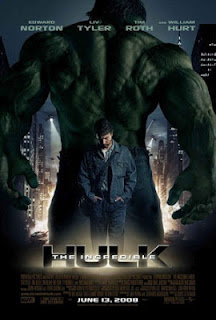 
To be honest, I really don't have a whole lot of favorite scenes from Iron Man 2, but the one below is pretty cool.


Thor - The Power of Thor

This might be my favorite scene in the whole series. It’s big, triumphant, goosebump-inducing, and there’s just something inherently heroic about it. Thor stands up to his brother, regains his father’s love, reclaims his power and proves himself to his human friends in one brave act.

My favorite scene from Captain America is actually the bit near the end where he’s just waking up in the present. I love the sound of the wind and the darkness (maybe Cap’s last memories before freezing alive?), followed by the baseball game on the radio and Cap’s growing confusion.

But I can’t find that scene anywhere! So here’s Steve Rogers' transformation into Cap, also a good scene.


Well, what are you doing reading this still? Go see The Avengers for Odin’s sake! And Happy Friday!
Posted by Robert at 3:21 PM

Email ThisBlogThis!Share to TwitterShare to FacebookShare to Pinterest
Labels: by Robert, Countdown to Avengers, Favorite Scene Friday, Movie, The Avengers