Since you’re probably coming down from an Avengers high, here’s a fresh Batch o’ Hatch to get the blood flowing!

*spoilers for Blade Runner, The Shining, Total Recall, The Thing and other films abound!*

The AV Club posted a great piece on pop culture mysteries last week. A few of the mysteries the site posted are ones I’ve wondered about myself, such as, is Deckard a replicant in Blade Runner and just what exactly happens in Kubrick’s The Shining? 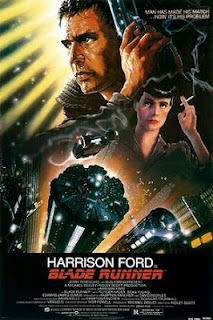 If I were to list some other pop culture head scratchers, I’d probably throw out The Thing (I wrote a whole post about the ending of that movie here) and Total Recall. Was Quaid imagining the whole thing or was he really a secret agent?

I’d love to hear from you guys on this. Are there any pop culture mysteries you’ve always wondered about?

Anybody who’s anybody knows that I love me some fun film-related events. Jacksonville’s own Sun-Ray Cinema is screening Real Genius at midnight on Saturday, June 2nd and they’re having a popcorn eating contest beforehand to boot. The winner gets free popcorn for life. LIFE.

Some of you younger readers may not know that Val Kilmer used to have quite the svelte figure...

to the escape hatch! Turns One

And finally, I wanted to mention that today is our one year anniversary. One year ago today we posted this announcement and totheescapehatch.blogspot.com was born.

In the past year we’ve gained readers and followers and lost the “.blogspot”.

There are many bloggers and readers out there that we owe thanks to, but I wanted to single out a few. In no particular order:

Ruth from ...let’s be splendid about this...
Alex from And So It Begins...
CT and Jeeg from Nerd Lunch
Pax from Cavalcade of Awesome
Chris from moviesandsongs365
Markus and Sir Phobos from Green People Soup
Pete from I Love That Film
Rodders from The Reviewing Rodders
The Large Association of Movie Blogs

Thanks for making our first year a memorable one! Hopefully you’ll keep coming by. Don’t forget we’re on twitter now - @2theescapehatch.
Posted by Robert at 12:10 PM