Alec Baldwin Wants You To Join Him At Bonefish 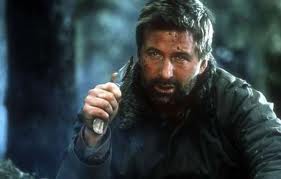 If you’ve been listening to the radio in the Jacksonville area (or Florida in general, or the U.S. – not sure where these commercials are airing exactly) you’ve most likely been hearing film and TV megastar Alec Baldwin in some ads for Bonefish Grill restaurants. They started out harmless enough. Whoever writes them has obviously seen Baldwin in 30 Rock, since the ads are quirky and over-the-top, with the actor describing scallops as “muffins of the sea” and purring out other grandiose lines.

They’ve gotten pretty bad, however. I couldn’t find the audio, but the newest one starts out with Baldwin at the end of what’s implied to be a great story. “…and when the shuttlecock landed we were champions!” Baldwin says. After that gem, he goes on to describe the delicious meals he and his friend have ordered. As if Baldwin’s half-hearted acting wasn’t bad enough, the commercial reveals that Bonefish is now featuring wine from the band Train. It’s called…Drops of Jupiter. “Drops of Jupiter,” Baldwin says. “More like Drops of heaven!” That’s all well and good, but I’m still waiting for Carlos Santana's champagne.

Perhaps Train and Alec joined forces to show other celebrities exactly where the line is when it comes to selling out.

Maybe if they weren’t just radio commercials, Baldwin would have delivered something better, like the tour-de-force performances in both the Capitol One and Hulu commercials below.

To cleanse your pallet, in case you’re about to sample some Drops of Jupiter or something, here’s Baldwin’s awesome performance from Glengarry Glen Ross.