JoBlo is reporting, through Deadline and Hollywood Elsewhere, that Disney has dropped The Lone Ranger, a new take on the story planned for next year that would have starred Johnny Depp as Tonto and The Social Network’s Armie Hammer as the titular Ranger. 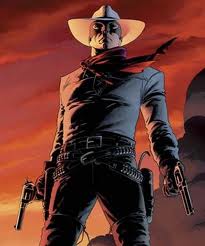 I was excited about this film, and I’m a little bummed that it’s facing difficulties (apparently it’s not completely doomed, as there’s talk of the film finding a new studio to call home). It seems like films I’ve been looking forward to have been getting the axe left and right, starting with Guillermo del Toro’s take on H.P. Lovecraft’s At the Mountains of Madness, and then Ron Howard’s adaption of Stephen King’s The Dark Tower.
As I suspected, the underwhelming tumbleweed that was Cowboys and Aliens is reportedly the culprit, or part of it at least. It kind of tanked, so Disney is naturally worried about another big budget western. Cowboys and Aliens fell in line nicely with other failed westerns like Wild, Wild West and Jonah Hex. Maybe that’s why I was excited for Ranger – I was hoping that it would be a success.
The JoBlo article also points out that the film would have cost $200 million something (!) and the film would have been more devoted to Tonto, which is kind of cool in a way I guess but why not call it Tonto and just be done with it? And there would have been a werewolf, which I’m all for but – wow that sounds like a weird film.
Posted by Robert at 11:20 AM