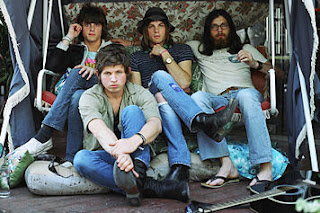 How one commercial changed my life.

So I’m a bit ashamed to admit this because I don’t wanna lose any street cred, but it’s the right thing to do. Okay here it goes. I learned about the Kings of Leon via a Jetta commercial. You know the one, where the free spirited couple dances to the sounds of "Molly’s Chamber"? Well after that commercial, I said, who is that band and why don’t I know about them? Six years, five albums, a couple of EPs, two concerts (soon to be a third) and one Jetta later, they have become one of my favorites. On a side note, the car choice was not influenced by the commercial; it was mostly for gas mileage reasons. Now that said Jetta will serve its purpose this coming Tuesday, when my fellow hatchers, some hatchlings and I head to Tampa to see K.O.L. If you’ve never seen them live, I encourage you to check ‘em out. They put on an amazing concert (I’ll forever remember the St. Augustine Amphitheater) and I don’t expect anything short of that. I just hope that they perform most of the songs from my splendid Top Ten K.O.L. songs list… And here it is in all of its glory.

Every time the drums come crashing in at the beginning of this song, if I’m driving, I nearly crash my car because I have to play the air drums. So if you see a crazed man on I- 95 impersonating Nathan Followill, my best advice would be to just ignore him, steer clear and maybe even find the nearest off ramp. They led with this song when they opened for Pearl Jam in 2008. Instantly, I fell in love and that love hasn’t died yet. 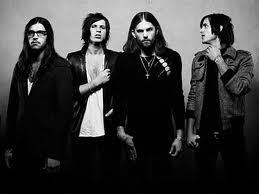 This really could be 1B. When the chorus hits, it will melt your face and I guarantee you will have to turn it up. It’s probably one of their hardest songs and I wish they would revert back to it on their next installment. “Don’t leave no smell on me.”

As you can see, I enjoy the frantic, heavy, fast paced Kings. And who doesn’t want to feast on a sex show? I’ve had conversations with Tiffany and Nick and if my fuzzy mind serves me, I believe they hold up Because Of The Times, me, I take their debut over all of them and it will become very obvious before I finish my list.

In the past, I’ve been very critical of this album. I believe I said something about artists growing and changing, but for some reason this album has not kept me entertained. So when an upbeat tune like this one shows up in the mire of Jimmy Buffet songs, it’s going to grab my attention. I want to love this album. I just can’t quite get there yet. 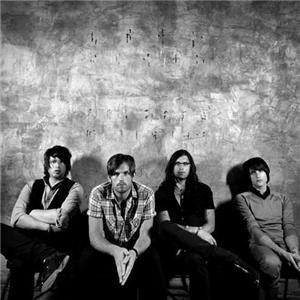 Although it followed the arena template of "Sex On Fire" and "Use Somebody", I really enjoy this song. I probably attribute that to Nathan’s drums. I’ve always thought that his drum play is a major part of their sound, but in my opinion, on Only By The Night, his heavy play really took center stage. This song is a great example.

Ahh, the one that started it all. The song that has made me spend a hefty amount of money on CDs, magazines and concert tickets. I would like to thank VW for this and also for making a pretty decent car as well. By the way, occasionally late at night, I blast this and dance like there is no tomorrow. It’s not a pretty sight. Think white man’s overbite. Also, I would like to time this moment to say sorry to my neighbors.

Who hasn’t wanted to burst into their house to blast a cheatin’ girlfriend and her lover? Joe had enough and that’s just what he did. This tune kinda reminds me of 70’s southern rock. It has a Lynyrd Skynyrd, Allman Brothers feel to it. “It’s too late for apologies, they’re falling at my feet.” 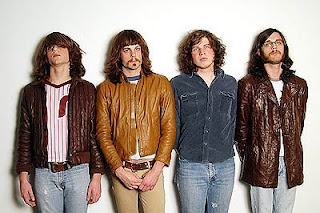 “Lord’s gonna get us back.” Although that might be the case, we’re still going to the top of the mountain and “don’t worry baby you won’t feel a thing.” Like many K.O.L. songs, this one is laced with outright sexual references. You know what some say, “rock ‘n’ roll is the devil’s music.” If that’s true, he’s got really good taste. 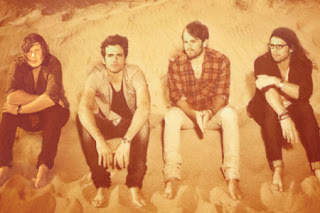 As you can see, this is the only slow song in my Top Ten. I think they have written some great slow songs over the years; like "The Runner", "Arizona", "Revelry", "Cold Desert" and even the lesser known "Wicker Chair". "Pyro" falls into that category. This one has the passion and soul that I’m looking for from these guys. It doesn’t feel mailed it like so many of the other songs from this album.

Even they need love too. The last 1:25 classic!

Fellas we’ve all been there before, haven’t we? “Shakin' your apple right in my face, only when you know that I'm beggin' for a bite.”

It’s a very good opener from a mediocre effort. “I’ll forever roam.”
Posted by Patrick at 10:59 AM