In honor of the Escape Hatch crew traveling Back Down South to Tampa for the upcoming Kings Of Leon/Band Of Horses concert, a few of us decided to make our own Top Ten KoL lists.  I’m not sure how to introduce one of the most kick-ass rock and rollbands out there without saying something that hasn’t been said before.  I’m a longtime fan of the Kings and have been following them since their 2003 debut album, Youth And Young Manhood.  I’ve noticed their music mature over the past eight years, but I wouldn’t necessarily say it’s gotten better.  I’d say it’s kept right on rollin’ like a train under blue skies with whiskey eyes.  So without further adieu . . . 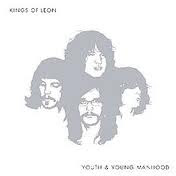 2.       Happy Alone, Youth & Young Manhood, 2003
Officially track number two on the debut album (after number one here no less), this one just kept the train a’rolling.  I was nearly taken aback when I heard this album take off.  I love the flow of the entire song.  I’ll say it after no one cares and I’ll say it here:  I called it back in ’03 when I bought this album on a whim.  I knew the Kings would blow up.  And I knew they’d be essential in my repertoire.
3.       Woo Hoo, Split: Kings of Leon & Black Rebel Motorcyle Club – EP, 2007
This isn’t a very common tune among my circle of circles and at first take it didn’t strike my fancy as I’d hoped when I purchased it from iTunes.  After the third listen though, I was hooked.  The kicking drum beat Nathan lays out at the beginning is slender yet destructive and when the guitar starts singing the title, I dig it.  I really dig it.
4.       California Waiting, Holy Roller Novocaine – EP, 2003
I chose this one off of the EP simply because I can understand the lyrics better (it’s also track number six on Youth . . .).  I like the slowed tempo in this version too.  It’s a bit more personal, no?  And it’s easier for me to sing along too, which I prefer when trying to drive through Jacksonville traffic (almost died today – long story, no time).
5.       No Money, Come Around Sundown, 2010
I didn’t catch a lot of feedback on this album, but then again I wasn’t looking.  I like it.  I dig the exploration.  All four of the Kings recreated, in their own way along with the rest of the band, a genre song of their nostalgic nature.  Some work incredibly well, some are okay, worthy efforts at best, nonetheless I like the freedom and when I used to daydream about being in a band I would ponder the awesomeness of the exact direction this album took.  Every member contributing a song (not a cover) representing the reason why we, the fans, are listening in the first place.  Representing what drove them to accomplish what we talentless rock and rollers, i.e. writers, cannot. 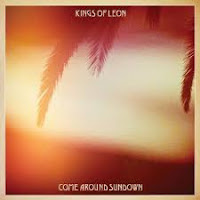 6.       True Love Way / Ragoo / Fans, Because Of The Times, 2007
I’m going to cheat and group these together.  Yes, they flow that well.  Give them a listen and deny the fluid.  I dare you.  From the opening riff on True Love . . . and the quirky rock~n~rolling of Ragoo to the screaming crowd in the background of Fans, I can’t get off the idea that this should be one song.  It’s evident that there was no intention by the Kings to have a ten-minute track introduce the second half of . . . The Times, but I like to believe that maybe one day, next week perhaps?, I’ll hear these tracks performed in one go-round live on stage. 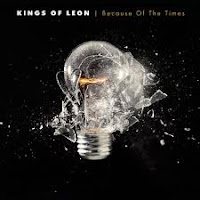 7.       Arizona, Because Of The Times, 2007
The Kings have a certain knack for closing out their albums with an appropriate vibe.  This one reverberates worldwide.  Like a hot, sticky dream, this one clings to you far after you’ve put down the headphones and sighed off under the drunken moonlight.
8.       Closer, Only By The Night, 2008
This is the only . . . By The Night track I felt compelled to add.  Look, I’m happy as hell that these guys finally got the recognition they deserved, but in my opinion this is their worst album.  And by worst, I mean poppy.  And I by poppy, I mean blah . . .  Honestly, is the chorus to Sex On Fire not nearly the dumbest thing you’ve ever heard?  Yet, I really like the song.  I’ve sung along way too loud way too many times that I care to admit, but after a while I really started pondering the cheesiness of “. . . your sex is on fire . . .”  I mean, what the hell?  Anyway, I don’t want to come off as too crude but 17 annoys the shit out of me.  Always has.  I can put Cold Desert and Crawl up there with some of my other favorites that didn’t make this list (McFearless, Trani, Molly’s …, Knocked Up, Back Down South, etc.), but I cannot and will not pay flattery to Use Somebody.  I should say that I can also groove to the Manhattan / Revelry combo, but nothing on this album aside from the kicking opener stands out to me. 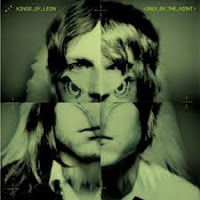 9.       Day Old Blues, Aha Shake Heartbreak, 2004
You’re probably scratching your head on this one after the rant I just laid down, but I was born the “illegitimate son of a rock and rollstar” and I dig the Blues, man.  I may stand alone with my opinion, but I like to think that together we’ll never fail.  I grovel at the gritty calmness bestowed by the guitars and drums behind Caleb’s southern drawl.  I heard once that when he pinches his voice with each “. . . Blu-hoo’s . . .” a fellow fish takes another drink. 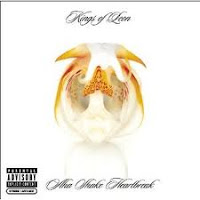 10.   Rememo, Aha Shake Heartbreak, 2004
Did I mention my affinity for the Kings closing tracks yet?  Well, in addition to all of that, I’ll add that the aural pleasure of a clearly stated, “Motherfucker,” deserves a well earned recognition where I come from.  It’s a dreamy barroom song and I like to crack a beer when I hear the intro.  In closing I’d like to say that I have no idea what “Rememo” means, but it’s a cool Blues tune and that’s why it closes out my Top Ten Kings Of Leon Songs.
A little off-kilter, I know, but it’s hard for a longtime fan to pick only ten songs.  I’d say these ten encompass everything I love about the Kings.  And I’m as excited as hell for the big show in Tampa.  This will be my third outing with the Kings and if I’m thinking trilogy, which I am, duh, I’m thinking grand finale.  So that’s it, hope you enjoyed . . . wait . . . wait . . . what’s that . . . an encore?  Oh right, right, I nearly forgot.  Yes folks, we still have a little more Top Ten for you here in the Escape Hatch.  Why, you ask?  Because here in the Escape Hatch, everything’s off-kilter . . .
11.   Mi Amigo, Come Around Sundown, 2010
I’m taking another one from the post Grammy album.  I love the lyrics in this tune and it sounds like they were having fun playing it.  Maybe they had a good day in the studio, I don’t know, but the lyrics make me laugh and the riff (indeed its explosion at the end) is too catchy to ignore.
12.   Slow Night, So Long, Aha Shake Heartbreak, 2004
This song made up the encore of both concerts I’ve been to and rightly so as it is a proper fit.  Hands down, the Kings are the best album opening/ending band out there.  Every two songs on every album cradle you like a mother’s arms rocking and rolling.  I’m choosing this one as my final closer (hmm, that sounds weird) specifically for the “hidden” song at the end.  Neither shows I’ve been to have included the “Too Good To Tango” http://en.wikipedia.org/wiki/Rememo portion of this track and I’m hoping that if they still use it they’ll include it next week.  That may well be considered a grand finale
Posted by Nick at 11:25 PM

Email ThisBlogThis!Share to TwitterShare to FacebookShare to Pinterest
Labels: by Nick, Kings of Leon, Music