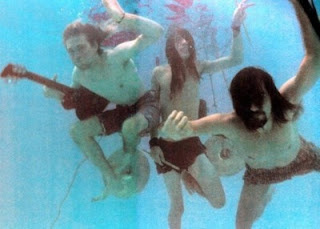 Nevermind to Get Reissue - Go to the back of the closet and get your flannel kids.

I still remember the first time a heard that opening guitar lick. Dammit don’t make me tell you which one because you know the one I’m talking about. It was the fall of ’91, (shit I’m getting up there), and I was in my college’s parking lot. Now I was already a Pearl Jam fan - by the way they are the best grunge band of the 90’s - but Nirvana only solidified my love for the “Seattle Sound”. They kicked in the door for bands like, Pearl Jam, Alice in Chains, Mudhoney, Soundgarden, Screaming Trees, Temple of the Dog and even a non-Seattle band like Stone Temple Pilots. Oh for the days of flannel, ripped jeans, Doc Martens and not caring how dirty you looked.

Well for those of you who want to relive 1991 again you’re in luck. Because on September 20th the band’s label, Universal, is planning to celebrate the 20th anniversary of Nirvana’s Nevermind. To mark this music milestone, Universal will release a bonus-packed reissue. The package will include four CDs and one DVD. According to SPIN magazine, “the box will feature rarities, B-sides and unreleased recordings. Also included are unspecified BBC radio appearances and an unreleased concert in its entirety on DVD.”

Nevermind, with singles “Smells Like Teen Spirit”, “Come As You Are”, “Lithium” and “In Bloom”, unleashed a grunge revolution on the world, pushing it to the top of the album charts. Nevermind would eventually knock Michael Jackson’s Dangerous out of the top spot on the Billboard Music Chart’s Top 200, go onto sell over 30 million copies worldwide, enter the Library of Congress and make some of music’s most influential lists:

Who wants to break stuff? 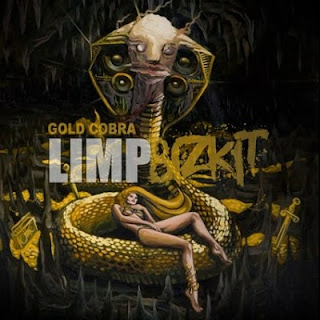 Okay so I know that I’m going to get shit about this, but here’s a middle finger to those haters. Jacksonville’s Limp Bizkit, (yes it’s still ok to claim them), will release their new album Gold Cobra next Tuesday (6/28). I know nu-metal is old news, but I can’t help but to wax nostalgic when it comes to LB.

For those of you that are ready to stop reading, these guys have sold 60 million albums and have given me/us so many kick ass songs like: “Faith”,“Pollution”,“Counterfeit”,“Nookie”,“Break Stuff”,“Re-Arranged”,“Boiler”,“No Sex” and “Eat You Alive”. Now I will admit that I was burned when I threw down my dollar bills yall$ (sorry couldn't help it) for The Unquestionable Truth (Part I). However for Gold Cobra, my expectations are much lower so here’s hoping I’ll find another “Break Stuff”.

Enjoy and Happy Listening!
Posted by Patrick at 10:26 AM