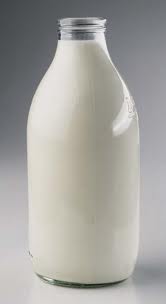 It was a dreary afternoon the other day while I was making my way home from work. Richard Marx’s Hazard seeped out of my iPod and I thought to myself, hmm . . . what a good playlist for such a day. Murder Story Songs. ‘What a grand scheme,’ said me. So there I was after a while, you see the rain was really coming down. Like a racehorse who was too scared to pee in front of anyone, but then finally letting free. The clouds opened up and tilted their pales. It all came down. Anyway, I found myself scrolling through 11,200 songs for the perfect mix . . . of the creep; death; and mystery. After 20 songs were chosen my scheme broadened, as I assume most schemes eventually pan out to seem, and I brought my playlist To The Escape Hatch . . .

First off, let me admit that I may not have chosen these songs to your liking, but there is a theme. The details of each and every song play along the theme in accordance to the broader sense of what I’m going for here. In choosing the songs, I held Hazard as the prime example and came up with these prerequisites:

1. A storyline; i.e. a beginning, a middle, and an end
2. Committing murder or an act of killing; this can, and does, include suicide
3. Witness to a murder or suicide; obvious
4. General creepy tone; not a necessity per se, but if the song’s got it, that much the better
5. Awesomeness; because let’s face it, I’m sure there are millions of songs out there that could fit this playlist mold, but I’m also sure that most of them suck. So fuck ‘em.
6. No rap songs

What do you think? A little dark, sure, but riveting nonetheless, no? I’m a fan of a good mystery (I may have mentioned that before) and lately I’ve been hooked on AMC’s The Killing. I had my doubts at first as to whether or not another Twin Peaks bullshitter might reveal its “Bob” face and kill TV standards for good, but fortunately I was wrong and thankful to be. These songs could be said to motivate my reminiscing of that rainy Florida afternoon and the many more like it that I’ve experienced. I like the feeling of a rainy day and the mystery and the disarray it can provide. And every mystery must have a soundtrack . . .

Part 1: or The Nature Of My Game

1. Hazard – Richard Marx; obviously this one is the Top of the Pops as the idea for this goddamned catastrophe sprang from this murky tune. From 1990, this is a song about the murder of a girl named Mary. Seemingly, from the music video, we suspect the protagonist (Marx) committed the heinous act. It’s his point of view, and innocence, we hear from in the lyrics, “I swear I left her by the river / I swear I left her safe and sound . . . ” but it also appears like this dude, with his magnetic bouffant, grew up surrounded by "cheating". So of course he did it. Emotionally scarred kid catching mommy and daddy doing it with noteachother . . . its cut and dry. Right? Well, we can’t just rule out the creepy Sheriff who’s stalking them all around town. Our near and dear friend, Wikipedia, says “Motives could include the sheriff's possible jealousy of Marx and Mary, and the desire to exile Marx permanently from the town by framing him." en.wikipedia.org/wiki/Hazard_(song) What do you think? Did the Sheriff use Marx’s own frilly scarf against him? Or did Marx finally have enough of all the adultery around him? And who the fuck is the mystery lover anyway? 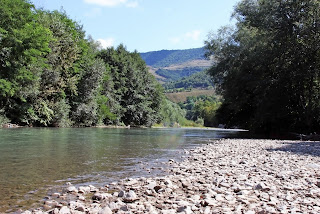 2. Water's Edge – Seven Mary Three; another 90s shout out, but deservedly so.  Gaining notoriety in Orlando, FL, the band released the album American Standard in 1995. Water’s Edge is the opening track and paints a rough draft as to the lyrical qualities these guys will eventually belt out on albums like RockCrown, Orange Ave. and day&nightdriving. Once again we have the backdrop of a river (I bet they liked Hazard as much as I do) as our crime scene, but this time our protagonist is a witness, “They did it once and they can do it again . . . I SWEAR . . . ” We’re never really told who actually murdered the mystery girl, but from the video we can see some freaky puppets. Whatever the hell that’s supposed to mean. I won’t say that I prefer this song over Hazard, in terms of our prereq’s, but where this track stands apart from Marx’s poppy tune is the line, “This ain’t no fuckin’ game . . . ” I love that part.

3. Carolina Drama – The Raconteurs; this is by far the best track on this entire playlist – according to the six prerequisites. Much like the song I’ll leave this one a mystery, but I’ll at least give you a clue. Reread the first sentence.

4. Uncle Tom’s Cabin – Warrant; OKAY, so I have a strong affinity for 90s music, leave it alone already! I much prefer this little diddy over Cherry Pie anytime (they’re both on the same album by the way and back-to-back). With an acoustic preface, a banjo intro, a rocking body and a killer-mysterious refrain, “I know a secret down in Uncle Tom’s Cabin / I know a secret that I just can’t tell . . .,” who can’t be intrigued by this song? I know the refrain is similar to 7M3’s protagonist, but I don’t care. It’s the perfect fit and much like our other tunes so far, this one also takes place near a lake or a river. Coincidence? Hmm . . .

5. Cold Black Heart – Shawn Mullins; let’s veer to the left here and introduce our protagonist as the killer. The narrative in this track does just that and the twinge of the plucked guitar strings only amplifies it. We’re told firsthand of a “true love” named “Maggie Brown” but by two minutes and thirteen seconds in, we’re told very differently, “. . . the story takes a turn / I wasn’t fair young Maggie’s only lover I did learn . . . ” That cheatin’ whore! Just kidding. I like this one because unlike Hazard our protagonist admits to what he’s done. We know for sure who the killer is and we know for sure that in the end he’s “ . . . livin’ on the run . . . ” After the four quandaries preceding this track, we need to win one. Every detective does.

6. Down By The River – Neil Young; a classic, truly, I very well could not not include this track when developing such a playlist. Anyone else sensing a common River theme throughout these songs? Yeah, me too. I would never dream of being a killer regardless of how fucking cool Dexter may seem to be, but it seems like anywhere near a river and you’ve got a fighting chance of getting away with such a wild card. Hell, Neil did. He really began to break out with this song back in 1969; it lists as numero uno on his Greatest Hits album. Much like Shawn’s Cold Black Heart, we’re told of a man catching his wife cheating on him, henceforth – R E D R U M.

7. John Barleycorn – Traffic; what a cool name, John Barleycorn. Taken from the album John Barleycorn Must Die, this track slows us down a bit. Allows us to take a breath, or a drink, or a smoke, or a whathaveyou, while we take in what the previous six tracks gave us. It’s for the more mellow of the audience out there, but the brutality represented makes it a perfect fit for the playlist, “ . . . They’ve hired men with their scythes so sharp / to cut him off at the knee / They’ve rolled him and tied him by the waist / serving him most barbarously . . . ” The prevalent flute makes it even creepier.

8. Hey Joe – The Jimi Hendrix Experience; a cover song covered by a true legend. There’s some argument regarding the origin of this tune, late 50s or early 60s, but for me, nobody has done it better than The Experience. It’s the classic tale of a cheating woman who thought she knew better than Joe. Well she didn’t. And now Joe is making his way to Mexico where, “ . . . Ain’t no hangman gonna / Gonna put a rope around me . . . ” Ride on, Joe. Ride on.

9. Hurricane – Bob Dylan; how can I make a playlist and not include Bob? And for those of you out there who think this blog doesn’t teach you anything, you can take in this track as a history lesson of injustice. Relax, there’s a movie too.  I had the privilege of watching Denzel portray the Hurricane on the big screen with an ex-girlfriend of mine. The best part of the movie was, and still is, this song. About a boxer, Rubin Carter, who was framed for murder in 1966 (he was freed in 1985); this opening track serves as a killer introduction to a perfect, fiddle-laden Dylan album. Not to mention, its listing here. I included it for Marx, maybe you didn’t do it, buddy. Recorded in 1976, on the album Desire (my favorite Dylan album), this protest song got Dylan into a bit of a jam for its content,  “Dylan was forced to re-record the song, with altered lyrics, after concerns were raised by Columbia's lawyers that references to Alfred Bello and Arthur Dexter Bradley as having "robbed the bodies" could result in a lawsuit.” 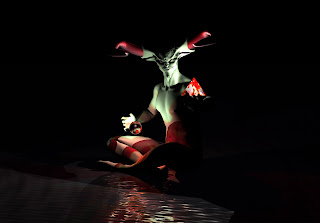 10. Sympathy For The Devil – The Rolling Stones; “Please to meet you / hope you guess my name . . .,” Mick screams. And so does our killer playlist. We (un)officially end our playlist with . . . The Devil because of its most fitting tribute to all things relevant to our story. If you’ve no idea what I’m talking about, i.e. never heard the song, stop everything else you’re doing for the next six and a half minutes of your life and listen.

11. Excitable Boy – Warren Zevon; this one may seem a little too comical for our intents and purposes, yet here it is, fulfilling our theme. After all, we need to build a background for our killer. We need motives. This brilliant piece of songwriting, generated by a true genius of the craft, is the story of a nameless boy who at first, “Puts the pot roast all over his chest . . . ” and winds up digging up the grave of an ex-girlfriend and building “a cage with her bones . . . ” Ah, Mr. Zevon, how we miss you so. This is a fun tune with a melody totally mysterious to what, and who, the lyrics represent. A fitting finale for the end of Part 1: or The Nature Of My Game . . . plus a sneak peek as to what’s in store for Part 2: or You Are Forgiven

Email ThisBlogThis!Share to TwitterShare to FacebookShare to Pinterest
Labels: by Nick, Music, Playlist