Batch o’ Hatch: BBC Shows, Horrible Bosses, The Skin I Live In, and an update on the Bottle Rocket Motel

And now for some random stuff I wanted to talk about. 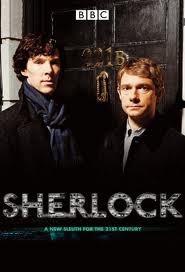 BBC Shows
Really gotten in to BBC shows lately. Actually, I guess I can say it started with Spaced about three years back. Recently, however, I watched practically all of Being Human, a comedy/drama about a werewolf, vampire, and ghost living together, the entire first season of the Idris Elba-starring cop drama Luther, and the fantastic miniseries Jekyll, a modern-yet-connected-to-the-original retelling. And last night I watched the pilot episode of the BBC’s reboot of Sherlock Holmes. I was a little skeptical, but the modern retelling of the story was great. I think the length of the episode had something to do with it (it was around an hour and a half) as they were able to cram a lot in. Benedict Cumberbatch (hehe) as Sherlock, was great although a little smarmy at times. And Dr. Watson-portraying Martin Freeman, arguably the main character (of the first episode, anyway) somehow found ways to both underplay and overplay the character. I really recommend Sherlock and I'm excited to watch more of the series.
As for Being Human, although it's infinitely better than its new American counterpart (although I religiously watched it as well) I haven't finished the third season as the story went downhill a little. I also saw that the second season of Luther started up, so I'm anxious to see where the detective is now after the craziness of last season.
Horrible Bosses Redband Trailer 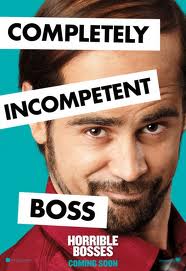 Caught the red band trailer for Horrible Bosses and I must say that I’m much more looking forward to it now. Pat featured it in his top 10 for the rest of the year so he’s known all along that it'll be great. Damn him!
The Skin I Live In
Spoilers (I think?) follow. I’ve been hearing a lot about this film lately, and I’m puzzled by the conflicting plot descriptions. Every plot summary I read online makes it sound like the film is about Antonio Banderas’ character working on a synthetic skin after the death of his wife, but this article I read makes it sound like the film has to do with Banderas’ daughter and the man that assaulted her (read the article for yourself if you feel like spoiling the Human Centipede-ish sounding plot). Really curious as to what others think of this film.
Bottle Rocket Motel Update 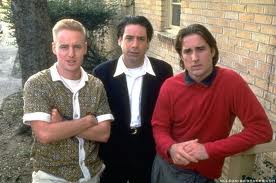 A while back I wrote about a motel featured in Wes Anderson's Bottle Rocket in danger of closing. At the time it was just a few fans of the film that had stepped up and organized an event on July 9th at the motel to save it, but I discovered yesterday that a lot more people have gotten involved, including a group called Reservoir Geeks and none other than The Alamo Drafthouse! The theater's Rolling Roadshow program is going to be showing the film! The event sounds awesome - check out the details at the Drafthouse's website.


Over The Top
And I’ll leave you with the trailer for Over The Top, because I just watched it over the weekend finally. Over the top! OVER THE TOP!!!
Posted by Robert at 8:34 AM