An interesting weekend up and down and all-around . . . 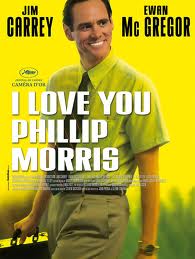 Let me start off by expressing my envy towards Tiff and her second viewing of Insidious. I WANT TO WATCH IT. AGAIN. NOW. I really wanted to see the film again, alas I did not, as my hands were full with recently purchased DVD’s and good company. Oh well, such is life. Claire, my partner in more than just crime, and I decided to try our luck and picked up I Love You, Phillip Morris and All Good Things at Wal-Mart. Logic spurred from them being $15.00 a piece and still “new” enough by MovieStop standards to get a decent trade-in value if we decided that the movies weren’t good enough to keep. That being said, both movies are worth keeping if for no other reason than to watch them again. My nights were spent working/writing (less than I intended) on a story unfinished from late 2010 and resulted in a respectable rehashing of the tale I’m intending to tell. Music-wise, the weekend was quiet although I am currently awaiting 3 CDs from Amazon and restocked my collection with Rush’s Moving Pictures album – a classic among my Dungeons ~n~ Dragons nerd friends of yesteryear, ah the memories.

Let’s start with Phillip Morris – because we did – Jim Carrey, you never cease to amaze me with your work. I felt your portrayal of existence within the “gay community” was spot on. Case in point, the line, “A fact that no one ever tells you . . . being gay is expensive,” clearly demonstrates the “realness” of the acting, the characters, and the story (supposedly true and after seeing Carrey’s performance, I can believe it). Carrey begins the movie married (to a woman) and obviously ignoring “something” in his life. The “something” being the fact that he prefers an ass vs. vagina. Narrating throughout, Carrey never leads us to believe otherwise, he just doesn’t let us know right out of the gate. After an auto-accident, though, Carrey’s character decides to not live for anyone else other than himself, declaring at his loudest, “I’M A FAG!” while being put into the back of an ambulance. And he does just that. He quits his job (Police Officer – ironic, maybe), leaves his wife (the always uplifting Leslie Mann), moves to Florida, and adopts – or rather accepts – a gay lifestyle. Here’s where prison, and Phillip Morris, enter the picture. Because being gay “is expensive” and having a real job is no fun (gay, straight, or otherwise), Carrey’s character decides to be a con-man. Obviously not the best con-man in the world (and as is revealed near the end of the film, certainly not the worst), Carrey’s character winds up in jail and meets Ewan MacGregor’s title character. Is it wrong to point out how comfortable Ewan seemed portraying this character? The two end up falling for each other and after a series of in-again, escape out-again stints in the “big house” (for Carrey more so than with MacGregor) the two find themselves face-to-face with a common relationship issue. What one does for the other in the name of love . . . is it worth it? I purposefully didn’t reveal much, but can report, without a doubt, that this is a very funny movie. More in the vein of Wes Anderson funny rather than David Zucker funny (and a startling amount of emotion) made for the movie to standout among the alum’s of 2010. I understand, though notably don’t agree, why it wasn’t more popular (insert gay accusations at will here) and await with minimal patience the next quirky project from the makers of Bad Santa.

Let us move now onto the better of the two films: All Good Things – this one reminded of David Fincher’s Zodiac inasmuch as it is a crime drama based on true events, albeit dealing with far less murders, spanning roughly 30 years. Let me be clear: the entirety of Zodiac spans, what 40 years and this film just about does the same. That kind of time progression is not often used in films, at least the ones I’ve seen/enjoyed, so the rarity struck me as appealing. The performances by Ryan Gosling, Kirsten Dunst, and Frank Langella are stellar and even the shortened screen time of actors Nick Offerman, Kristen Wiig, and Philip Baker Hall impressed me, although admittedly the latter three gave me a nostalgic enjoyment from seeing them outside of their TV roles. The former three were perfectly cast and, as always, gave convincing portrayals of the twisted family they were supposed to be. I was captivated from beginning to end watching Gosling slowly turn more and more mad. Let me go ahead and admit though that one of the main reasons I wanted to see this film is because of Kirstin Dunst’s nude scene (I’ve been waiting patiently) and even though I pretty much missed the briefness of it (thanks, Claire), I still enjoyed the movie as a whole. I hesitate to reveal any more details about the film, or scene, as I will certainly need a second viewing for firmer details – no pun intended. My second main reason for thoroughly enjoying the film lies in the fact that it’s a mystery and the killer isn’t fully revealed until the end. I can’t say how many movies I’ve seen where we’re forced to witness the killer with his/her face revealed by the middle of the film. I don’t want to know, Hollywood! Make me guess, right or wrong – I could care less, but don’t make me watch two hours of Gary Sinise holding Mel Gibson’s son for ransom. It's boring. That movie could have been so much better if we were made to guess. The suspense just isn’t there when we know who the bad guy is . . . and I’ll leave this open for you to prove me wrong. Of course, anyone can read the description and tell that Ryan Gosling’s character is most likely the bad guy, but then again, anyone could be wrong too. All in all, the movie was full of good things, not just two, but let’s hope Melancholia gives us a little more of Kirsten nude – what can I say? I love the female body and Kirsten is curved damn near perfect! Though now I can't help but to wonder how Gosling would look as a nude woman?
Posted by Nick at 9:57 AM