Ridley Scott seems hell bent on making Alien films until he dies. But instead of producing the endless Prometheus/Covenant sequels that are apparently in the pipeline, why not adapt the phenomenal Alien: Isolation, a video game that follows Amanda Ripley*, daughter of original Alien protagonist Ellen Ripley (Sigourney Weaver). That's right, Alien: Isolation insists Ripley's daughter got into some xenomorph shenanigans of her own. 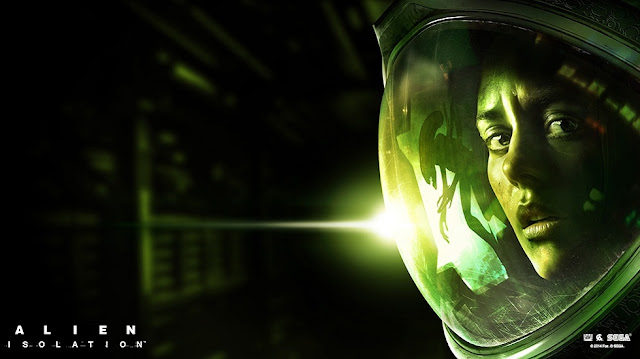 You see, when we meet Amanda at the beginning of Isolation, she's already been looking for her long-missing mother, working for the Weyland-Yutani company on the edges of fringe space. The company approaches Amanda with an offer: they've found the black box from the Nostromo, Ripley's ship from Alien, and they want Amanda on the mission. Amanda sets off to recover the flight recorder and winds up on Sevastopol, a sprawling space station. It's there that she finds trouble worthy of the Alien franchise.

And with that, here are some specific reasons a hypothetical Alien: Isolation movie is great.

It's Alien on Steroids

Star Wars: The Force Awakens was essentially a bigger, "better" remake of A New Hope, and that's okay. In fact, Alien: Isolation could do the same thing for Alien. The game is a jacked up version of Alien in that it has a plot similar to the original film (a Ripley vs. an alien), but it's on a giant space station with a larger cast of characters. There's even an android threat to deal with, but it's cranked up to 11. And speaking of androids...

A member of Amanda's crew is an android named Samuels. Anthony Howell portrays the 'droid in the game - and he does a fine job - but how cool would it be to feature Michael Fassbender in the role? That would connect this film not just to Alien, but to Fassbender's Prometheus and Alien: Covenant as well. This would even continue the trend of Fassbender's android characters having different names in each film.

The game is terrifying. One thing that connects Isolation with its Alien roots is that no one really knows about the alien. There's a terrifying quality in Alien because the creature just comes out of nowhere. Same here. All of the subsequent Alien films featured Ripley dealing with a creature she - and the audience - already knew about. This would reset that.

Another scary part of the game is hiding from the alien. Amanda has some weapons and tools, but, just like in Alien, the creature is basically unstoppable, so cowering in a locker until it goes away is a requirement. The movie can't be all hiding, so maybe include one or two hiding scenes. Perhaps even make those scenes first person, which would be sort of found-footage-ish in a cool way.

There's even the aforementioned android element. In fact, there's a ton of them, and they're more like a basic model, with creepy, featureless faces and they're not the friendliest.

Alien: Isolation definitely leaves room for more Amanda Ripley adventures. Not to bring up that other sci-fi saga again, but the Alien franchise could be Fox's new Star Wars. In fact, forget franchise, this could kick off a shared universe.**  Fassbender could serve as the Sam Jackson of the series. This film would even have a Rogue One vibe going on...sort of an "inbetweenquel" about a character only briefly mentioned in another film.***

I'm really hoping Fox is already working on all this. Alien Day is coming up again on April 26, so maybe an announcement is incoming.

*Andrea Deck voices Amanda in the game. It would be awesome if she reprised the role in this film.

**Let Neill Blomkamp make his Alien 5 film with Sigourney Weaver. The film obviously wouldn't make sense considering the events of Alien 3, but this year's Logan proved you can do alternate timeline films.

***So, you're right, Amanda is only mentioned in the director's cut of Aliens. But while we're on that topic, it's interesting to note that that film would have you believe that Amanda lived a humdrum life on Earth while her mom drifted in space between Alien and Aliens. Or, at least, Carter Burke (Paul Reiser) chose not to mention Amanda's adventures. In reality, the folks behind Isolation were probably just taking some liberties with the character. When Amanda's information was mentioned in Aliens in 1986, that was probably true at the time. It makes Ripley's story that more tragic and sets up her mother/daughter relationship with Newt. On the other hand, we could now take it to mean that Weyland-Yutani was totally lying to Ripley's face about Amanda. It wouldn't have been the first time they did something sinister. Ret-conning Weyland-Yutani into covering up the Amanda/Sevastopol disaster makes perfect sense, and makes the franchise even more interesting.
Posted by Robert at 3:43 PM