Favorite Scene Friday: The Adventures of Tintin: Falcon Around

I've often heard it pondered as to why there aren't many great family films these days. Not films aimed solely at children, or ones that have just enough wit to keep parents engaged simultaneously, but films that are genuinely fun, entertaining and appealing for people of all ages. Films like Raiders of the Lost Ark, Back to the Future or Pirates of the Caribbean: The Curse of the Black Pearl. Large scale action/adventure romps that are endlessly thrilling but have plenty of depth for repeat viewings. One recent potential candidate that unfortunately failed to grasp the public's affections was Steven Spielberg's The Adventures of Tintin: The Secret of the Unicorn. 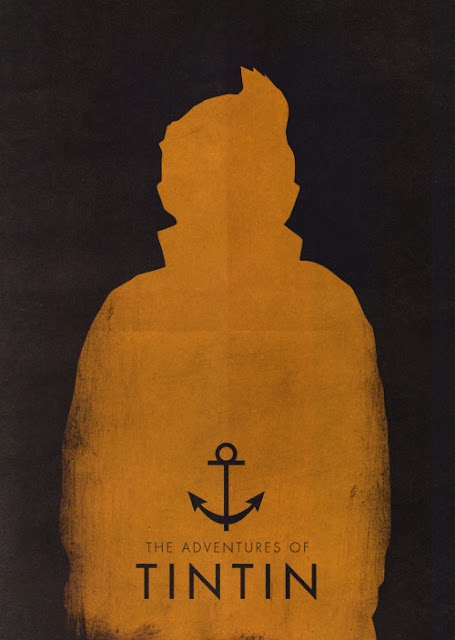 
It's by no means a perfect film, but it's far better than it's lack of notoriety would have you believe, and there's one scene in particular that should be discussed amongst the conversations of great long tracking shots. Granted this shot comes with a fairly hefty asterisk in that it's in an animated film, but considering it was made using motion capture then large chunks of it - possibly the whole thing, I don't know - would have been shot in sequence. The film concerns Tintin (Jamie Bell), an intrepid Belgian reporter who recently came into contact with one of three scrolls which may lead to the location of a large stash of treasure previously considered lost. Tintin's adventure has brought him into the companionship of sozzled salt Captain Haddock (Andy Serkis), and up against the villainous Sakharine (Daniel Craig), who wants the treasure for himself and has just succeeded in acquiring all three scrolls. Haddock, through little fault of his own, lost Tintin's scroll to Sakharine just before this scene, which is the final straw in terms of Tintin putting up with the captain's alcohol-soaked antics. Anyway, here's the scene. The shot I'm particularly focusing on begins at the 2:10 mark and ends at 4:41.

Great, isn't it? It's such a fun scene. I love the repercussions small events have on the rest of the action, like Haddock accidentally shooting the bazooka backwards and hitting the dam, causing the sluices to open and a river to appear through the middle of the scene. Every character always has something to do, down to Tintin's impossibly proactive dog Snowy, Sakharine's even more useful falcon and his drivers, played by Mackenzie Crook and Daniel Mays. The smaller beats within the larger scene all make a certain kind of sense within the rules of the film and all flow wonderfully into one another, and there are enough surprising, unexpected moments too, such as the tank trundling along with a building on top of it. Everything happens very quickly yet is still relatively easy to comprehend and keep track of, even once almost everyone is on their own personal mode of transport, and the final moments, with Tintin sailing along a handy wire with the remnants of his motorcycle and then a lantern are just awesome. It's that kind of thing that really showcases what animation can really do. Sure, that kind of shot would be possible in live action, but to do so as part of - and at the end of - a shot already two minutes long in which a dog and falcon fight in mid-air over some ludicrously robust ancient scrolls? I don't think so.

This was supposed to be the first part of a trilogy, with Peter Jackson helming part two and an as-yet unconfirmed director for the third instalment, but alas production seems to have stalled. There are rumours that Jackson is now just producing, but the project has been off-and-on since before this film even came out, so I'm not holding my breathe. Regardless, if you've not checked out The Secret Of The Unicorn then I'd highly recommend that you do.

Email ThisBlogThis!Share to TwitterShare to FacebookShare to Pinterest
Labels: by Jay, Favorite Scene Friday, Steven Spielberg, The Adventures of Tintin