Movies can do many things. They can show you worlds beyond your wildest imagination, delve into a past long gone by and take you inside the perspective of someone completely alien to yourself. But for me, the most important thing a movie can do is make you smile. There are days when I'll get a scene stuck in my head, and all I'll think about that whole day is my need to get home, hunt for the DVD, pop it into the player and watch that scene, sometimes multiple times. This has included the opening to Saving Private Ryan, Mr. Orange's flashback in Reservoir Dogs, and the space dance between Wall-E and EVE, but the scene I find myself drawn to and needing to watch more than any other is today's, from Penny Marshall's Big, because it never, ever fails to plaster a massive grin across my face. 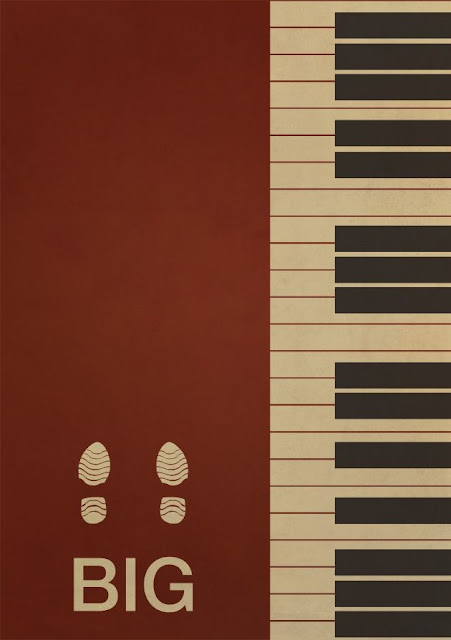 Big sees 12-year old Josh getting tired of being small, and wishing on a carnival fortune machine to be "big". The next morning he wakes up to find he is 30 years old and looks remarkably like Tom Hanks. Adult Josh flees his understandably terrified mother and heads to New York, where he starts working in the admin department of a toy company. One day, whilst wandering around FAO Schwarz, Josh runs into his boss, Mr. MacMillan (Robert Loggia), and then this happens:


It's a pretty famous scene, and I think it pretty much speaks for itself. It's just so much fun. There's something about Hanks childish glee and curiosity at the giant light-up keyboard on the floor. I love how he flings his bag away to play with it - he never goes back for that bag - because whatever toys are in there, they cannot possibly compare to this giant musical instrument. Loggia too is great here, his grunt and celebratory "Heh-hey!" are exactly what you'd expect from a man his age and position experiencing something like this.

This scene makes me smile so much that I keep having to stop writing this just to watch it again. I've watched it five times since I started writing this post, and you know what? Now that I've finished I'm going to go and watch it again, and it'll still make me smile.

What scenes always make you smile?