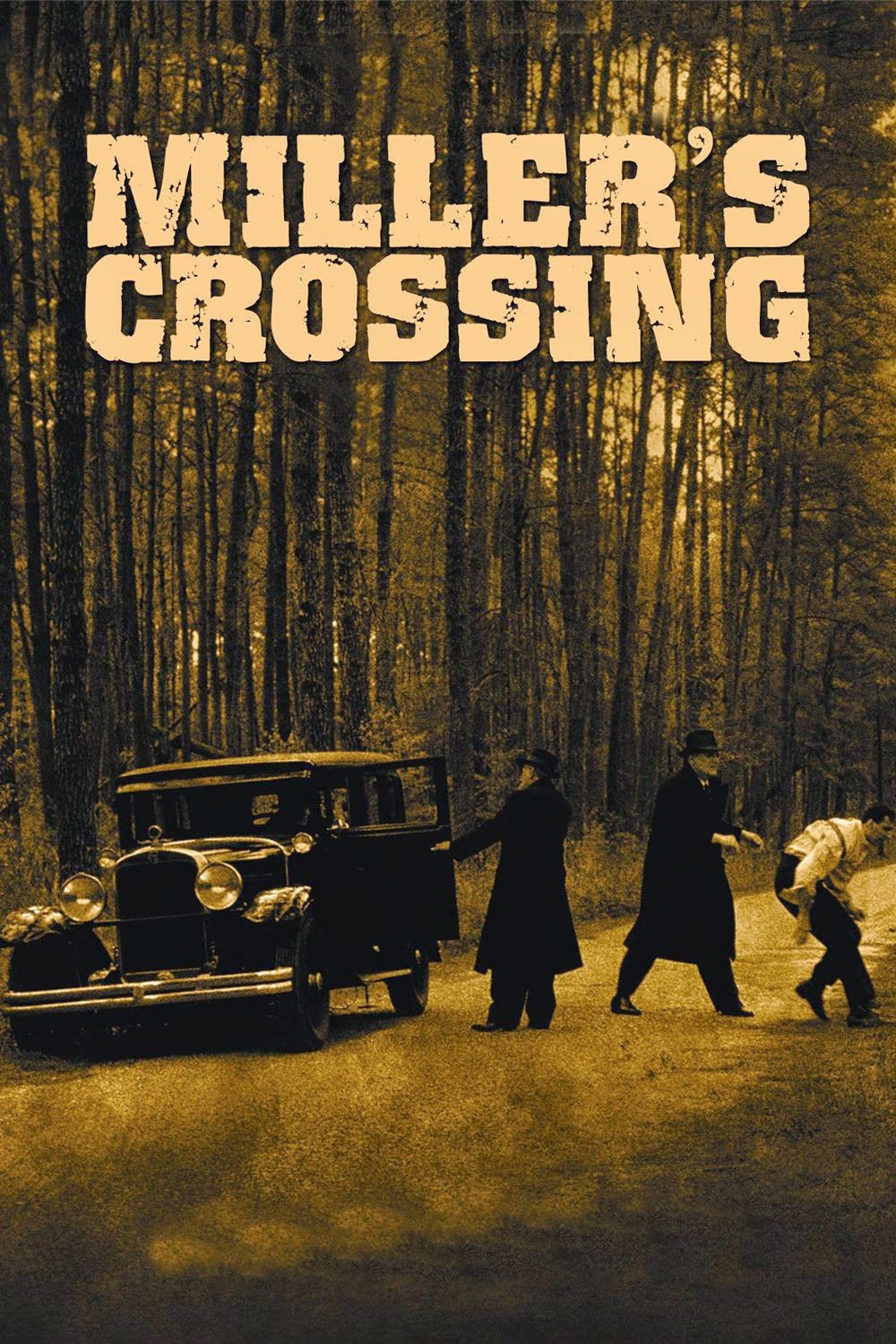 Miller's Crossing tells the story of two rival mob factions during Prohibiton-era America, and Tom (Gabriel Byrne), the right-hand-man caught in between them, attempting to play them off against one another in a way that won't necessarily leave him on top, but will hopefully at least leave him alive. There's a great deal of Coen-esque rapid-fire dialogue, some of it delivered even faster than usual, a large cast of characters and an ever-twisting plot, but for me the movie's highlight is a very simple, dialogue-free scene that works without knowing any context, relying solely on Albert Finney being a badass.


(Apologies for the poor video quality, you can see a better quality clip here.)

Finney is Leo, one of the bosses of the aforementioned mob factions. For reasons we don't need to get into, an assassination attempt is being made on him by rival boss Caspar (Jon Polito, the second best reason to watch this film other than this scene). Leo is at home, in his bedroom, reading the newspaper and smoking his cigar in his fine red smoking jacket, listening to Frank Patterson singing Oh Danny Boy on his record player. He notices smoke wafting through the floorboards, where the two would-be assassins have set fire to his house, so Leo stubs out his stogie and reaches for his gun at the bedside. The goons come in and Leo falls to the floor and rolls under the bed whilst they unload into the floor with their tommy guns. They fire wildly and blindly, but Leo lets off just two shots, one to the ankle of a guy, and the second into his head when he slams to the floor. The second goon scarpers, but Leo grabs the gun and runs after him, ducking through the hallway and into another room, vaulting out the window and down to the floor. No, Albert Finney clearly does not do this. No, I don't mind.

The surviving goon enters the room and looks around, searching for the target he just seconds ago saw go in there. He goes to the window and looks back into the room. And that's when Leo fills the man with lead from the ground outside, causing the man to perform a macabre dance, whirling his own tommy gun around like a catherine wheel, shooting in every direction going, whilst jiggling and convulsing to a beat not present in Danny Boy. That's not enough for Leo, though, because there's more goons to be dealt with. They drive past, their own guns never ceasing to fire, but Leo walks towards them without a moment's hesitation, shooting all the time, slowly pacing down the street in their direction and somehow never being hit by a single bullet. The car crashes, sets alight and explodes, leaving just Leo stood there in the street, wearing his smoking jacket and embroidered slippers, holding his smoking tommy gun. There's nothing left to do but pick his cigar out of his pocket, and place it back in his mouth. All in an evening's work.

It's worth noting that before this point we've been introduced to Leo as a mob boss with a hefty amount of clout and a beautiful young ladyfriend, but we've yet to really see why he has managed to not only gain this position, but keep it for a considerable amount of time. This scene, aside from being so darn cool, cements the fact that the character of Leo is not one to be messed with, and in fact from here on out he becomes a great deal more forceful, which Tom soon feels the brunt of. The scene also looks stunning, particularly when Finney is stood in front of his house, which is now thoroughly ablaze. I know the Coen brothers aren't for everyone, but it's scenes like this that are why they are easily amongst my top directors.


What's your favorite scene from the Coen Brothers?
Posted by Unknown at 11:36 AM