A Peek Through the Hatch: Avengers: Age of Ultron

So I was watching Agents of S.H.I.E.L.D. last night, catching up in order to watch the new episode next week, all so I could catch the world premiere of the first Avengers: Age of Ultron trailer. I was also on Twitter, since I can't stand to be watching just one screen aparently. All of a sudden, people are talking about the Avengers trailer and I realize that it's leaked online. But I refrained from watching the leaked/bootlegged version. I was going to wait until next week.

So I was pleasantly surprised to check Twitter this morning to discover that Marvel went ahead and released the official trailer! Check it out below (like you haven't already). 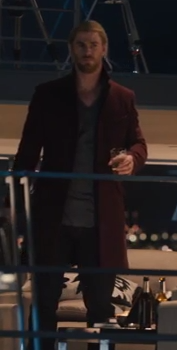 What do you think of this trailer?