A Peek Through the Hatch: The Amazing Spider-Man 2

It's time to peek through the Hatch yet again and this time we're looking at The Amazing Spider-Man 2! Have a look, won't you?

So what do you guys think? I don't know about you, but I'm pretty stoked for the movie, even though I wasn't a huge fan of the first one. This sequel looks fun and seems to actually be delving into that secret Peter Parker back story that the first one was supposed to. I'm not sold on The Rhino not actually being just a guy in a rhino suit (he looks to be in some giant, four-legged mechanical thing here) but Jamie Foxx's Electro looks pretty bad ass. My main takeaway is that Dane DeHaan is a creepy MFer.

I'm sure I wasn't the only person who noticed this: 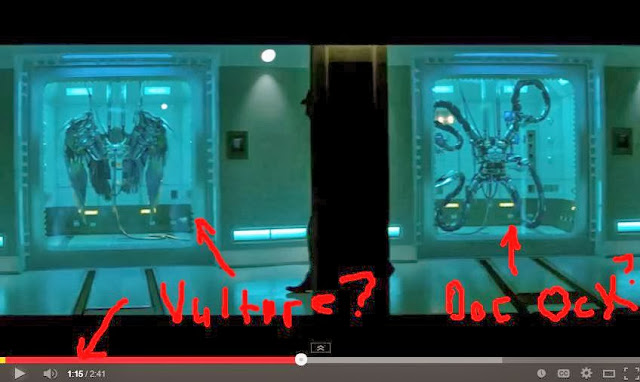 Email ThisBlogThis!Share to TwitterShare to FacebookShare to Pinterest
Labels: A Peek Through the Hatch, by Robert, Movie, News, Preview, Spider-Man, The Amazing Spider-Man 2