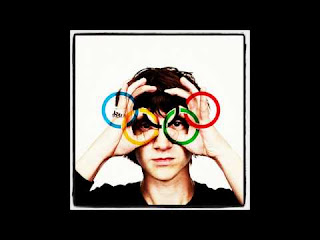 I'm not a huge fan of the Olympics. I can respect the athletes and their skills, but I just don't get caught up in the hoopla surrounding the events. However in keeping with the spirit of the 2012 Summer Olympics, today's Music Video Monday comes from the Opening Ceremony performance by Arctic Monkeys. It's a double gold medal set, first the 2005 hit "I Bet You Look Good on the Dancefloor", followed by a cover of The Beatles classic, "Come Together."

Although they have been hard at it since 2002, releasing four full length albums and enough B-sides to make another album or two, this performance must have been a landmark moment for them. With 80,000+ in attendance and over 40.7 million viewers in the United States alone, I can assume that the boys from Sheffield probably gained a new fan or two. I'm happy for them but also a little protective at the same time because we all saw what happened to the Kings of Leon when they hit it big in America, just listen to "Beach Side". 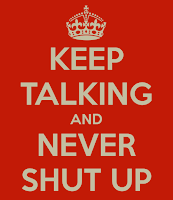 It was disappointing that NBC covered their performance in such an after thought way. "I Bet" was interrupted by a commercial and during "Come Together", Lauer and Vieira babbled about random shit. Here is just one comment by a pissed off  American Arctic Monkey fan:  "Can we please get some kind of anti-NBC thing trending? "Fuck NBC for cutting Arctic Monkeys” sounds good. Just so they feel like dicks, and maybe give a public apology (which won’t happen but….)." I'm not happy about the coverage, but this is the same network that had a summer concert series headlined by Usher, Pitbull, Chris Brown and Justin Beiber. ** The audio is a little low on the video so you might have to turn it up. Happy Monday to you and I hope you enjoy.