Now Hear This!: It's Been Awhile 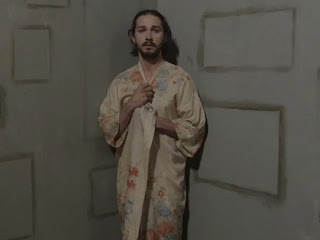 First off, sorry if I misled you into thinking that this was a post about Staind. If you're really interested in the alt rock band turned wimps, I'm sure T will give you her thoughts. Now onto newer things. Summer has officially started and I thought that it would be a good time to share some new and recently new music with you. Today I give you a variety of videos:  a stripped down version of a great song, a band that keeps getting better with each release, a beat down and a lot of running, a celebrity weenie, a nod to Mannequin, a birth, a band that’s been gone too long and an all-star lineup. I hope you hear something you like and if you have any new music suggestions, let us know. Our ears all always open.

Delta Spirit
I’ve posted the hell out of these guys, but when you like something, you wanna share the goodness with as many people as possible. With their self-titled release, there was a concern by many fans that these folksy rockers had lost their way. To those fans that still think this is true; check out this stripped down version of their lead single, “California”. The video was filmed in a New York back alley and shows the boys at their best, raw and unplugged.

The Walkmen
Going on about three weeks ago, The Walkmen released their latest LP, titled Heaven. It doesn't stray too much from what they've done in the past. It just sounds more polished and mature. I long for the days of "The Rat", but like The Walkmen I guess I need to eventually grow up. I picked the song "The Love You Love". It's not a single, but it's quickly become one of my favorites.

The video for the single “Lies” will leave you wondering, what did this guy do? The song comes from their debut album, Year of the Witch. If you like what you hear, check out their website http://racestheband.com/about/  to get a free download for the song “Big Broom”.

Sigur Rós
The song is called “Fjögur piano” from the album Valtari.  I’ll let you decide.

Rubblebucket
Don’t know much about this band, but the video, which has an 80’s feel to it, pulled me in. “Came Out of a Lady”, from the album Omega La La, is upbeat, colorful and weird. So if you haven’t had your strange today, here’s a serving.  By the way, yes I’m still confused.

Grizzly Bear
T recently posted the MVM  for the track “Ready, Able” from their commercially successful 2009 release Vecktamist. It’s been a long 2 ½ year wait but Grizzly Bear is back. The first single, “Sleeping Ute”, from their September release is in the same vein of “Ready, Able”.  It’s dreamy, flowing and Droste’s voice is as good as ever. Can’t wait for this album.

Email ThisBlogThis!Share to TwitterShare to FacebookShare to Pinterest
Labels: by Pat, Now Hear This