Robert here with a fresh Batch o’ Hatch to get you through these cold December days.

Last week I wrote about the planned closure of the Jaws ride at Universal Studios Orlando. I got to visit the park last weekend for my birthday and experience the ride one last time.

It’s still pretty cool walking up to the attraction’s entrance and seeing Bruce hung up on display. I wonder if they’ll leave him up there. 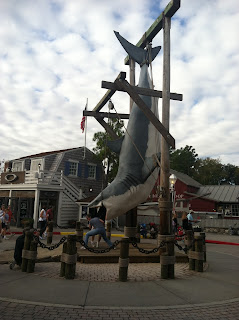 While waiting in line I noticed little things that I hadn’t on past trips. The attention to detail in all of the park’s attractions is very good and Jaws is no exception. Maybe it’s because I won’t wait in line for this ride ever again, but I really appreciated little things like these signs. 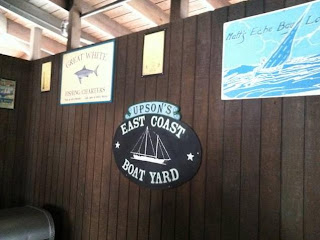 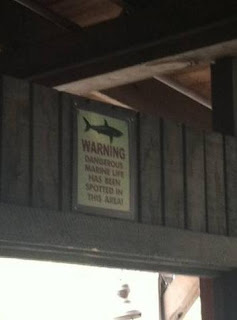 The ride itself has always been a little hokey, especially the tour guide aspect and the “grenades” that your guide “shoots”. It’s still a fun ride, however, and the part where you stop in the creaky, dark boat house is probably my favorite.

The ending of the ride is great as well, and the reactions some people have to Bruce charging the ship one final time is priceless. 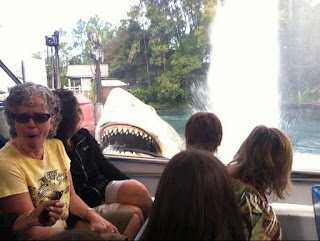 I’ve heard that Jaws is making way for more Harry Potter attractions, and that’s not such a bad thing. I got to check out Harry’s section of the park and it’s pretty impressive.

Here’s my last thought on the Jaws ride and then I’ll shut up about it. There’s a great big lake section in the middle of the park. Why not have some sort of robotic Jaws set up in there that surfaces and cruises around every now and then? The music comes on, maybe an actor runs around screaming or something. You could make it like a show or something. Are you listening, Universal? Anyway…later, Bruce.

Arrow in the Head (via Collider) reported  that Toronto residents will be treated to a special screening of Event Horizon tomorrow. Why is the screening so special? Well, a Q&A is scheduled for before the film with none other than director Paul W.S. Anderson!

I’d probably attend this if I could (it’s only $10!) as Event Horizon is a pretty good horror flick in my opinion. It's disturbing and creepy and I love that certain ‘90s je ne sais quoi that it has. Plus the references to Hellraiser. The event starts at 7:00 p.m. tomorrow at Toronto Underground Cinema.

Last but not least I just wanted to share a little something I thought was cool. A friend of the blog is very involved in her community theatre and they’ve been doing a production of A Christmas Story. 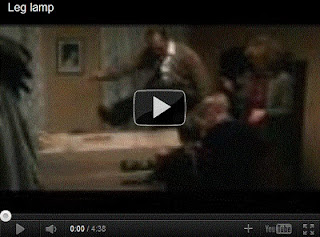 I got to check out the play a few nights ago and everyone involved did a great job. Anyway, my friend cooked up a little batch of something for the play earlier in the week and shared one with me... 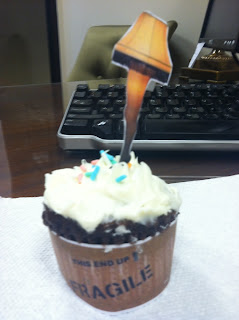