Batch o’ Hatch: Jax Film Fest, The Nerd Lunch Podcast, and Halloween and Our Tribute to The Shining

On Saturday and Sunday this past weekend I volunteered at the Jacksonville Film Fest. Volunteering apparently meant just standing around a lot. 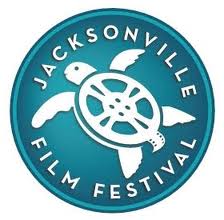 Seriously though, I think the fact that there were a lot of volunteers and we didn’t have much to do is just a testament to the fact that so many people care about the film fest and wanted to volunteer.

Other than standing around, not much happened for me. Although, while I was walking down the sidewalk on a dinner break Saturday night, a nice (and crazy) bike riding gentleman decided to serenade me. I guess he wanted some cash but I pretended to make a phone call and ducked into a restaurant. I also witnessed a flash mob – but I don’t think it can be considered a flash mob since most of the volunteer staff knew about it and told me to go check it out.

I talked to some interesting folks and I think I’ll definitely participate in the fest next year – I may just attend some parties and screenings, however.

If you’ve got some spare time and you want to confirm your suspicions that I’m just one giant walking awkward pause, check out this week’s episode of the Nerd Lunch podcast. We chat about different films and TV shows that may or may not live up to their own hype – my topic was HBO’s The Wire.

It may have been my first attempt at podcasting, but the Nerd lunch Podcast regulars (CT and JEEG from Nerd Lunch and Pax from Cavalcade of Awesome) were on their A-Game as usual. You can listen to the podcast on iTunes.

If you want to spice up your listening experience, take a drink of your favorite booze every time I say “uh”, “um”, or any derivative. Between that and listening to us talk about stalking Bruce Campbell, torture, and zombies, you should have a good time.

At one point in the podcast I mention a quote about The Wire from Community. I failed to mention that I got the full quote, the name of the episode – and the actual clip – from two message board users on IMDb. Thanks, IceTruckDexter and arcangle66!

Halloween and Our Tribute to The Shining 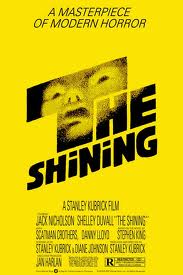 Last but not least for this installment, I’d like to point out some of the Halloween-related stuff we’ve done this month so far.

Favorite Scene Friday! Jaws: Quint Scares The Shit Out Of Us

Music Video Monday! TV On The Radio: "Wolf Like Me"

When Werewolves Pop Up In Other Films

What Happened After…John Carpenter’s The Thing

A Peek Through The Hatch: The Walking Dead Season 2

We’ll be doing some other Halloween-related posts, including a big tag-team review of/tribute to Stanley Kubrick’s The Shining, which’ll hit the blog this Saturday, October 22nd.