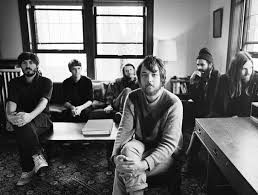 Last Tuesday night, fellow Hatcher, Pat, and I saw the Fleet Foxes live at the Florida Theatre in Jacksonville, Florida and it was incredible.  It was so incredible in fact that somehow, sometime after the show Pat and his friend disappeared from the company of me and my girlfriend.  I’m not sure if they ran out to beat the crowd or the euphoric daze that I was walking around with just got the better of me, but I haven’t seen him since.  A work associate of mine was also there (separate company) and her response after the show was, “. . . It was beautiful . . . ”  The words were stretched from her lips and pulled from her smile.  She, like me, knew.
I’m sure you all have read the shitty review I gave the Foxes’ sophomore effort, Helplessness Blues, and at the risk of making excuses I just want to clarify one thing.  I liked the album when I listened to it as a whole for the first time on that sunny May afternoon, but it didn’t hook me like their debut album did back in 2008.  The vocals, the instruments, the lyrics; all of it was really good I thought, but even after seven or eight listens, it just didn’t hook me.  I’m here to profess that I am now hooked.  The album is incredible and well worth the two plus year wait.  Seeing the Foxes perform live, and nearly flawlessly, simply wowed me.  To the best of my knowledge, 28 songs span the Foxes’ catalogue.  I’m not privy to any B-sides or live versions, but if you are, send the Hatch a link, we’d be much obliged.  Of those 28 songs, six, maybe seven, were left out.  Don’t quote me on that, but I know for a fact they played all of my favorites and they played non-stop, so it could’ve been less.  Even when the band took a break, Robin Pecknold delighted us with some heartbreaking acoustic songs, one of which we were told, “. . . is new, and there are some quiet parts in it, so if I hear another ‘fuck you’ it’s really going to break my heart.”  Someone thought it prevalent to scream, “FUCK YOU . . . (I couldn’t make out the name),” right in the middle of a song.  Fortunately, the guy kept his mouth shut.  Robin didn’t mention the name of the song but I couldn’t help but to think that it was about the breakup he’s been quoted on.  All speculation of course; that being said, all I can do is quote my work associate, “It was beautiful.”  The crowd really got into it when drummer, Josh Tillman, opened up Bedouin Dress, a clap started but fell dead about two minutes in.  Another crowd favorite was Lorelai and for some reason, albeit a fine reason, Blue Ridge Mountains, taken from the debut album, nearly won everyone over.  A Chesire grin of mine accompanied their stellar performances of Your Protector, Sim Sala Bim, Mykonos, Grown Ocean, English House, White Winter Hymnal, Ragged Wood  . . . ah shit, who am I kidding?  I should just stop here before I list the entire set list.
However, I can’t give an honest report if I don’t list my grievances and though there weren’t many, they were noticeable.  First off, I’d have to say the guy yelling, “NO, THANK YOU,” after each song was kind of annoying.  Let me be clear here, he didn’t yell that after every song, during the latter half of the show, he switched to, “BLUE . . . RIDGE . . . MOUNTAAAAAAAAAAAINS,” until Robin and the gang finally played it.  The sad thing is they probably had it on their set list in the first place.  Secondly, the cop pulling that one guy out was kind of a bummer.  In a hippie atmosphere no less.  It was worse though when the cop came back waving his flashlight all over the seat(s) where the guilty party was sitting.  He was looking around the seats for something.  One can only speculate that he was searching for a joint or two, but the audacity of that sonofabitch to think he could just light up in the Florida Theatre is a bit unbelievable.  This is a classy place according to Jacksonville standards and I for one happy to enjoy it very much, but never in my wildest delusions would I think it an alright idea to light up a fuckin’ doobie in the middle of the place.  I was told after the show that they let him back in, they must not have found anything.  And then I was told he was the same guy who was screaming about the “Blue Ridge Mountains.”  What an ass.  Lastly, I’d have to say that as awesome as the band was, it sounded like they outplayed Robin’s voice at times.  Not all the time mind you, mainly at the starts of some of the songs and they always leveled out before song’s end.  It may very well have been the dude running the soundboard, or it might have been the delicateness of Robin’s voice.  Or it could’ve been my own ear, which had been bugging me all week.  Regardless, aside from the ass, who to be honest really didn’t bum me out all that much thanks to the music, and the sound issue, the show was fantabulous.  If the Foxes come to your town, do yourself a favor and check them out.  You’ll be amazed.  In a beautiful way.
The Adjustment Bureau Needs Some Adjusting . . . 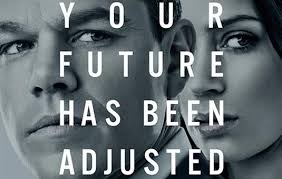 At a local Barnes and Noble, I found a CD of Scala & Kolcany Brothers and if the name doesn’t sound familiar, I’m willing to bet their music will.  Their cover of Radiohead’s Creep drove many people to the theater to see David Fincher’s The Social Network.  The rest of their album doesn’t disappoint either.  If you like haunting tunes, you’ll love this collection of ten covers and three originals.  I admit I overpayed for the album, but I’ve yet to find myself disappointed.  When I researched the track list and saw my favorite Peter Gabriel song, Solsbury Hill, being followed by Oasis’ Champagne Supernova, I knew I wouldn’t leave the store without the CD in my hands.  The other covers are all good for a cloudy day and spectacular for a rainy one.  Alanis Morissette’s Ironic, Metallica’s Nothing Else Matters, Nirvana’s Smells Like Teen Spirit, and (in my opinion) a much better version of Kings Of Leon’s Use Somebody make up the bulk of the album.  Also included are covers of U2, Foo Fighters, and Depeche Mode.  The three original compositions are decent, but not worthy of seven additional tracks to make up an album.  Though the talent is amazing, I’m glad it’s mostly covers. 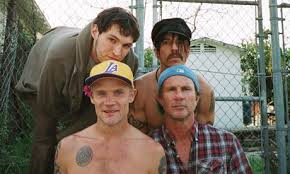 Red Hot Chili Peppers’ new album, I’m With You has yet to find a comfortable place in my heart and I think it’s for but one reason:  absent from this album is the electrifying John Frusciante.  Without his licks, the album can’t hold a candle to the run they had in the 00s with Californication, By The Way, and Stadium Arcadium.  I admit I was hardly a fan of the Peppers until I got into college and really gave Californication a chance.  Since then, I’ve loved them . . . well, I’ve loved the three albums I mentioned.  Blood Sugar Sex Magik is pretty stellar in and of itself, but in my mind they don’t get any better than the work they put in during the years between 1999 and 2009.  I’m not trying to dissuade you from the Peppers because they are still very, very talented musicians (and does anyone else think drummer Chad Smith looks eerily similar to Will Ferrell?) and while I’m With You is not a valiant effort, it’s still well worth grooving too, because honestly, who rocks the funk like the Peppers do anyway?  P.S.  Killer stache, Mr. Kiedis. 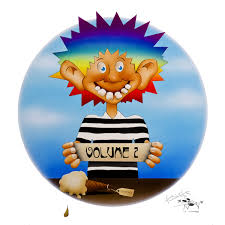 Lastly, and for all you DeadHeads out there, the Grateful Dead released Europe ’72 Vol. 2 and man, oh man, when I saw that CD I nearly peed myself.  Europe ’72 spans the Dead’s concerts in Europe (obviously) and is one of my absolute favorite Dead albums.  This volume only increases my affinity for it as a whole.  In my iTunes library I opted to remove any signs of “Vol. 2” or “Disc 1” or “Disc 2” and melded all four CDs together as if it were one big show.  I’m happy that I did, because it’s really good.  The best part about this is that I was blissfully unaware that this was even being released and as I’m sure we can all agree Christmas in September isn’t necessarily a bad thing.  So if you’ve been longing for some “new” Dead, then you’ve got your wish, go out and get this album and then let your mind fly away into a relaxing place. 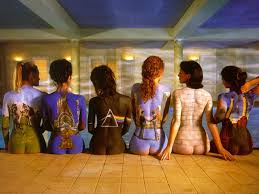 One other update that I’m happy to report is the remastered releases of the entire studio Pink Floyd catalogue.  Every studio album is now available and all are remastered.  I’m a bit torn with this news because I spent a lot of time building my Floyd collection (yes, I have them all) so what should I do?  Reclaim my journey of Pink Floyd and replace all of my unremastered CDs or chop it up as an ‘oh well, at least I have all the music’ thought.  I’ve yet to decide, but I do find it nearly unquestionable in replacing The Wall, Animals, Wish You Were Here, Meddle, and The Final Cut – this last one because I never bought the rerelease that includes “When The Tigers Broke Free” anyway, so technically I should replace the version that I do have.  Decisions, decisions, decisions . . .
Posted by Nick at 8:27 PM