Now Hear This! : Back to School Edition - Part I 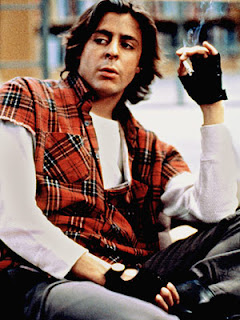 So it’s that time of year again, Back to School. A time for boo-hoo parties for parents who drop their little tikes off for the first time, finger painting that is bound to earn a spot on the refrigerator, noticing the opposite sex for the first time, the awkward middle school years when you’re kind of a young adult, but still act like your eight years old, Friday night football games where Kaylee cheers her little heart out for the team and then gets shit faced afterwards, prom and the eternal search for that first piece of ass, acquiring new knowledge from those agenda driven professors, who use mind control on the newest crop of “save the planet” children or even worse working your ass off for that dick professor just to get a B, new love, new personas and “going through a phase”, binge drinking, house parties, bar fights, tailgating, the quest for the championship, formals, streaking in the quad and waking up in someone’s bathtub. *** Note to all college kids: don’t ever leave, responsibilities and bills suck ass!

In honor of the new school year, I compiled a list of songs - in no particular order- that appear in movies about school or at least feature school in some way. Enjoy and Happy listening!

Sixteen Candles - Oh Jake Ryan you're so dreamy!
"If You Were Here" Thompson Twins

The Breakfast Club - "We're all bizarre, some of us are just better at hiding it that's all."
"(Don’t You) Forget About Me" Simple Minds

10 Things I Hate About You - R.I.P Heath Ledger
"Can’t Take My Eyes Off of You" Frankie Valli (performed by the late Heath Ledger)

Dazed and Confused - "That's what I like about these high school girls; I get older, they stay the same age."
"Stranglehold" Ted Nugent
"Paranoid" Black Sabbath
"Slow Ride" Foghat

Varsity Blues - Hey Ali, just throwin’ this out there, I have whip cream and cherries.
"My Hero" Foo Fighters

Fast Times at Ridgemont High - Oh Phoebe Cates, where are you?
"Moving in Stereo" The Cars