It's a full moon on Friday…can you feel it coming? Me neither. But I know it's coming because I keep track of all the Friday/Saturday full moons. You see, we here at the EH Team are quite the connoisseurs of werewolf flicks and we have a pretty thorough list of drinking rules for said flicks, too (hence Friday and Saturday full moons - I'm old and can't stay up late drinking on weekdays, what can I say?). 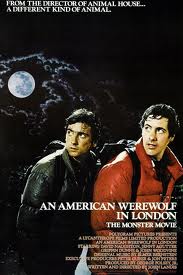 But werewolf movies have been on my mind lately, not only because of the impending full moon, but also because I've been hearing about a few new 'wolf movies set to premier in the near future. Most recently, I read about a film that might be going straight to DVD. According to the article, it was at one point planned to be a sequel of sorts to the recent Joe Johnston/Benicio del Toro effort, The Wolfman, but now it’s its own film called Werewolf (myself and any other Mystery Science Theater 3000 fans know there’s only one true Werewolf film, however).
Speaking of Wolfman. It was pretty underwhelming in my opinion, with a little bit of bad casting, poor writing and a dash of questionable werewolf design thrown in. I know the creature design/makeup was faithful to the films of old, but there's really no beating An American Werewolf in London or even The Howling in terms of werewolf design, so don’t even bother. Nick and I also noticed that most good werewolf flicks feature a sex scene, and The Wolfman kind of dropped the ball in that department. 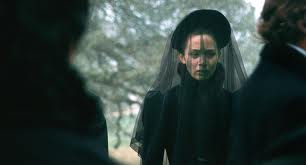 And like I said, Werewolf isn't our only hope for future werewolf movies, but a straight-to-DVD quasi-sequel to a lackluster pic doesn’t instill a lot of confidence in me. I need another great film to drink to, right alongside AWiL and Howling. Hopefully that movie will come along soon.
As for this weekend, we’ll most likely be watching The Beast Must Die, a 1974 film that counts Peter Cushing among the cast, and, as I’m in the mood for a classic, AWiL. The Beast Must Die is a mystery of sorts, and there’s even an actual pause at the end of the film where the audience is asked to try and solve the mystery themselves (Kevin Spacey?).
For any Hatchlings reading this, weigh in with your favorite werewolf film, or if you're not a fan of the genre, tell me why. In any case, enjoy the full moon. And stay off the moors…
Posted by Robert at 9:34 AM

Email ThisBlogThis!Share to TwitterShare to FacebookShare to Pinterest
Labels: by Robert, Movie, Werewolf