Part 2: or You Are Forgiven 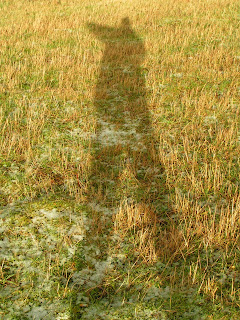 Welcome back. How was disc one, Part 1? Intriguingly mysterious, perhaps? I hope you downloaded the tunes while I was away. No? Well, I can deal with that too. Cause times abound now for part deux, and these 11 cuts want to greet you from a different perspective. We got down to the nitty-gritty on the first go ‘round, but now we’re gonna get a little bit weird. Hope you don’t mind. You see, every killer out there has a background, see, or a reason why or a purpose for a being. So now we’re going to delve into our killer’s background with these 11 tracks. Yes, we might stray from time to time, but pay no mind, it’s all for fun, so let’s have us some, and start with this quick one . . . 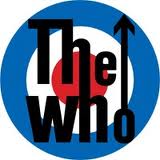 12. A Quick One, While He’s Away – The Who; there’s a lot going on in this song. I won’t lie, some may think that this track shouldn’t be here, but I couldn’t resist. This 9-minute epic draws less on the idea of murder and more on the idea of “sitting” and “napping” if you catch my drift. It’s a genuinely creepy tune along the Excitable Boy vein and very much worthy of its placing. Pete Townshend wrote this medley back in 1966 and, unbeknownst to him, gave us an origin for our killer. A Quick One . . . tells the story of an unnamed girl who cheats on her husband. He’s been gone “nigh on a year” . . . or a really long time . . . so the wife looks for pleasure elsewhere. Enter “. . . Iver, the engine driver . . .” and I think we can all agree on what happens next. The tune of our killer’s parents. I should note here that Pete Townshend has explained that this song is in fact about “Tommy’s parent.”

13. The Wreck Of The Edmond Fitzgerald – Gordon Lightfoot; whoa, whoa, whoa, what’s this doing here? you ask. Some might figure out that the story in this song could serve as what happened to our killer’s father, or mother, or both. Think about it. Another idea lies behind the salty eeriness of the tune. The killer that you might be looking for could on some levels be construed as Mother Nature or the Savage Sea. Hippies know what I’m talking about. Regardless, I like this song and every time I hear it, it reminds me not of life, but of death.

14. Red Right Hand – Nick Cave & The Bad Seeds; the penultimate creepy tune. Hands down, no contest. The Stones’ Paint It Black gives it a run for its money, but . . . Hand pulls through. Or should I say slices through? Featured in a number of films, including all three original Scream movies, Dumb and Dumber and The X-Files (TV show, not the movies), this song in and of itself is a force to be reckoned with. I recently found out that the Arctic Monkeys (a Hatch favorite) recorded a cover that was released on the Japanese version of Humbug and as a b-side for the single Crying Lighting. http://en.wikipedia.org/wiki/Red_Right_Hand I haven't heard it yet, but fully intend to.

15. Hurdy Gurdy Man – Donovan; I love this song because it’s just a plain, old creepy tune; I don’t care what you say. After hearing it play during the early murder (cha-ching) scene in David Fincher’s Zodiac I was hooked with an intensely eerie vibe that only made me love both the movie and the song so much more. It sounds like an acidic nitemare sung by folkie hippie on some levels. No wait, I'll take that back a bit, Donovan doesn’t sound at all like a folkie hippie on this particular track. He sounds instead like an I-don’t-know-what singing down from the skies. Still not convinced? How about the fact that both Jimmy Page and John Paul Jones are listed as recording artists on the track? http://en.wikipedia.org/wiki/Hurdy_Gurdy_Man Anybody who’s anybody knows that Jimmy Page dabbled(s) in the occult so it only makes sense that the creepy nature of this tune, I’m willing to bet that of which was heavily influenced by Page, would make our killer playlist.

16. One – Metallica; it’s hard to make a murder playlist without including some war tracks. I mean the two go hand and hand; hands down. Our foreign brothers and sisters out there are the greatest, and ultimately scariest, killers we’ll ever face. Vice versa from our foreign brother’s and sister’s perspectives. That being said, we can also delve deeper into the psyche of a common veteran as he/she confronts himself/herself when the lights grow dark and eyelids feel heavy. I’ve never been in a war personally, but I’m willing to bet that dealing with your own self, if of course a situation calls(ed) for it in said war, is one of the scariest experiences one can/has to deal with in life. So back to the track, One, Metallica’s epic war song. I remember watching the music video when I was but a mere tyke in Annapolis, MD, and being “absolutely transfixed.” Watching the hospitalized soldier with a face covered entirely in bandages made my skin crawl and when Kirk Hammett erupts into his guitar solo . . . whoa . . .

17. Goodnight, Saigon – Billy Joel; flowing with the same blood of the war-murder theme, I chose this tune for its sense of paranoia and loss. Clocking in only twenty seconds shorter than One, Billy takes a softer, epochal approach. Being a heavy Doors fan, I particularly enjoy the shout out Jim and the boys get at two minutes, fifty two seconds in. Billy takes us deep into the trenches on this one before exploding before us at the end. That being said, this glorious epic provides essential detail for our background story. “ . . . and the night / seemed to last as long as six weeks . . . ”

18. Last Kiss – Pearl Jam; I’m throwing in an oldie-but-a-goodie, very well covered by Eddie Vedder and his crew. This one tells the tale of a youngster driving along with his best gal and having a gay old time. Until the accident of course. Our narrator pleads “. . . Oh where / oh where / could my baby be? . . . ” as he comes to terms with “. . . the painful scream / that I heard last . . .” Beautifully tragic some will say. Others will disregard it as one of the worst Pearl Jam efforts out of their entire catalog. Regardless of how you might feel, it deserves a place on our playlist as the pivotal “flashback” episode.

19. Paint It Black – The Rolling Stones; for every teenie-bopper Beatle lover there was, a Rolling Stone rolled through the dark corners. Released in 1966 while the Stones were still heavily into the blues, this one opens up the album Aftermath and gives us an even moodier vibe than any blues cover could ever do. And who can forget that old wartime TV show where this song melted into our psyche during the opening credits? I’m not even sure I remember the name of the show (I’m not looking it up on purpose), but I remember being young and spongy while sitting upon my grandfather’s lap, staring at the TV set with the tall antennae ears and seeing the choppers take off toward the setting sun on screen while Mick, Keith, Brian and the rest of the crew haunted my very being. 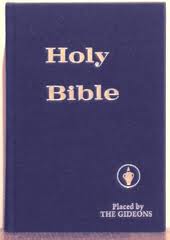 20. Rocky Racoon – The Beatles; this one makes our playlist in honor of our Hatch Leader, or Escape Artist, if you will. Side Note: for the record, this was here before you mentioned it End Side Note. An idea was called to my attention not too long ago; Rocky doesn’t make it in the end. I had never thought of that. It makes a lot of sense though, which only makes it more prevalent to our playlist. Rocky tried to avenge himself against Dan, the man who ran off with Nan, but finds himself instead bested by Dan, the dastardly man. Enter the drunken doctor who merely shares an honest opinion before Rocky “. . .fell back in his room . . .” where he’s once again left with “. . . Gideon’s Bible . . .” Is Rocky “able” or is he revived by Gideon after he’s “checked out”? I think true fans of the Fab Four will know what Rocky finds.

21. Folk Bloodbath – Josh Ritter; if you’ve never heard this man’s musical contributions to the American Soul, or cared to hear him, then that tells me that you don’t appreciate music, much less songwriting. This track in particular is one of my favorites (Thin Blue Flame is a close second). The title alone is as chilling as an Eskimo taking a frozen shit. And the lyrics don’t disappoint either. Once you hear the track, you’ll immediately deduce why I’ve placed it on the playlist and why I’ve saved it for the end. What you won’t immediately realize is the power contained within it. I admit, one of the main reasons I purchased the album So Runs The World Away was the idea of where I thought this track might take me. Upon first listen though I was taken aback, but with the various listens since then, I’ve grown quite fond of it and my initial thought proved itself true. Thank you, Josh.

22. Big Joe And Phantom 309 – Tom Waits; taken from what I feel is his very best album Nighthawks At The Diner, Tom closes our playlist with a little dreamy, drunken crooning. If you’re anything like me, after listening to the previous 21 tracks, you could use a drink anyway. And there is absolutely no album in the world better to drink to then Nighthawks At The Diner. Getting back to the playlist; this track in particular puts our killer out in the street. Out on the run perhaps. And who he happens to meet is ‘ol Big Joe behind the wheel of his mighty rig, the Phantom 309. Big Joe takes him down the road a bit, but can’t take him all the way. You see Big Joe can only go so far. As the tune creeps along, we discover a lot about the Phantom and eventually why Big Joe can only go as far as the lighted truck stop. “ . . . every driver in here knows Big Joe, son, but / let me tell you what happened just ten years ago . . .” Turns out, Big Joe might not be at all what he seemed to be. Hell, one might think about Iver, the engine driver from the first tune on this disc and one might then come up with something profound. Then again, you never know . . . 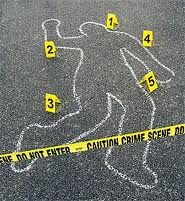 Well, there it is! Yeah, that’s it! We’re all done; murdered perhaps! We’ve reached our conclusion and now it’s time to go. Yes, I left a few of ‘em open ended for ya, but they were left on purpose. Download the tunes to find out exactly what happens. Did Richard Marx really do it? Who was found down at the water’s edge? How the fuck did the milkman wind up in all this mess? Should we even consider heading back down to Uncle Tom’s cabin? Does the cold black heart make it on the run? What’s with all the goddamn rivers? Fuck you, John Barleycorn. Did Joe make it to Mexico? Praise you, Bob Dylan. How much sympathy should we give? Who let that bastard out of jail in the first place? What happened to Iver, the engine driver? Did the water feel like cold needles on your skin? What color is your left hand? One is the loneliest number. How far down did you fall? Nice driving, pal. What happened to the drunken doctor? What’s your favorite color? Where does a cold, lonely, little ghost go anyway? And how was the coffee?
Posted by Nick at 9:45 PM

Email ThisBlogThis!Share to TwitterShare to FacebookShare to Pinterest
Labels: by Nick, Music, Playlist