Arcade Fire Sings to my Soul 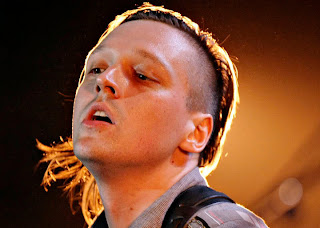 Starting with Funeral, their highly acclaimed debut album in 2004, Arcade Fire produced a sound that is all at once complex, heart-wrenching, sobering and beautiful. Funeral will forever be one of my favorite albums. For me, it captured the beauty, innocence, fear and frustration that every child feels growing up in a world where it seems that all dreams are possible, yet none are readily achievable. This is all summed up in the descriptions of the pastoral “neighborhood” frequently referenced in the album. Each time I listen to it, I discover something new – either about the band, the songs, or myself. Their second album Neon Bible received just as much praise as the first, pleasing fans and critics alike. Neon Bible delved into issues surrounding our fast paced world, and how we are bombarded on a daily basis with topics like religion, politics, societal norms and expectations, and the feelings and anxieties those topics bring about in each of us.

Last August, Arcade Fire released their highly anticipated third album, The Suburbs, and it is simply a work of art. Much like the first album, it comprises some of the most heartfelt and sincere music I have ever heard. But where Funeral possessed a raw innocence, The Suburbs is all-knowing – it has been through the child-like wonder and experienced the act of going out to discover the world. It has been there and back. And while meandering through the bland, seemingly innocuous suburbs and the “sprawl” that surrounds them, we learn that none of this world is what it seems. The walls that close us in as children can eventually suffocate us. The “safe,” gated communities and neighborhoods, and the people in them, may eventually hurt us as much as the dangerous outside world. Eventually, we grow up. We change. Sometimes, everyone else changes, while we stay the same. But the experience – how we learn and how we grow – is worth it, as is so poignantly stated in The Suburbs Continued, which wraps up the album – “if I could have it back…all the time that we wasted…I’d only waste it again. You know I would love to waste it again.”

Arcade Fire has spent recent months on tour in North America to promote The Suburbs, and I was lucky enough to see their April 28th show, held at the beautiful Orpheum Theatre in downtown Memphis.

“My mind is open wide, and now I’m ready to start.”

The show kicked off with Ready to Start, an obvious choice that really got the crowd going. They then performed Keep the Car Running, a fan favorite from Neon Bible. From there, Régine Chassagne, whose family emigrated from Haiti to Canada during the deadly reign of Jean-Claude Duvalier, sang her anthem to her home county. I’ve heard Haiti numerous times and always liked it, but once I heard her sing it live, heard the emotion in her voice as she cried out for her wounded mother country and sang of “unmarked graves where flowers grow,” I really began to love it. It’s awesome when that happens – when a song is essentially rediscovered. It actually happened again during the performance of the next song, Rococo, which has a slow, creepy build-up that I simply can’t get enough of. From there, it was Empty Room, which I was surprised to see. I like the song and the performance was great, but I wouldn’t have imagined it would make the cut for the live show. At the end of that song, Win Butler took a moment to thank the crowd for coming out and reminded everyone that $1 from every ticket purchased would be donated to Partners in Health, a Haiti-based organization the band is very supportive of and involved with. After then singing a brief tribute song to recently-deceased Memphis musician Jay Reatard, the band launched into Intervention. The image of Win Butler singing it on the overhead screen – just the shadow of him – was haunting and amazing.

After that came my absolute favorite moment of the show, their performance of the title track, The Suburbs. This is the first song I ever heard from the album and its beautiful – somehow filled with both joyous optimism and gut-wrenching sadness, all at once. It’s about being young, and every hope and frustration that comes along with it, no matter where you grew up. It brings about in me a sense of desperation to feel something, and to be somewhere, anywhere else – that craving for a life-changing experience that seems impossible to attain. However, the other side of the coin is also revealed in The Suburbs – the disappointment that comes along with those feelings and changes, when the result is not what we thought it would be. And we can all relate to the emotions felt when the world is changing, but we want everything to stay the same.

I joked prior to the show about how a charge would take hold during my favorite moment of the song, during that last, heart-rending part of The Suburbs, when the song is fading and the sound of the violins is chilling. At that moment, Win Butler delivers the haunting last lyric…stretching the final note out – “In my dreams we’re still screaming and running through the yard. We’re still screamiiiiiiiiiiing....” The song was followed by the devastatingly beautiful The Suburbs Continued. The charge took hold. It was truly the most emotional moment I have ever felt at a concert and is exactly why I love seeing my favorite bands perform live.

The show picked up again from there, with an energetic performance of the kick-ass Month of May. Then came a good half-hour of complete freaking awesomeness, with Neighborhood #2 (Laika), No Cars Go, Neighborhood #1 (Tunnels), We Used to Wait, Neighborhood #3 (Power Out) and finally, the last song of the show, Rebellion (Lies). I love all of the Neighborhood songs very much. I find #1 so incredibly heartfelt and hopeful. I love the thought of two people escaping to where no one else is around, letting their hair grow long and forgetting all they used to know. The performance of the last song, Rebellion (Lies) was thrilling. Will Butler (Win’s brother) beat a handheld drum during the song and was so energized that even after his drumstick broke, he used his hand until his fingers were bloody. It was amazing.

After that, the band left the stage and came back after a very brief moment for a two-song encore. The first was the fan favorite and song the band is best known for, Wake Up. I wish I could adequately express how it felt for the whole theatre to sing that song in unison. It gave me chills and brought tears to my eyes. Anyone unmoved by that moment simply did not have a heart. Régine Chassagne’s performance of the second encore song, Sprawl II, was the perfect ending for the night. I was amazed by her talent, her energy and how awesome she looked up on that stage. She sang beautifully, danced around like a joyous young girl and reminded me of a perfect little doll. Now I want to be her when I grow up.

I give Arcade Fire’s live show a solid 10 out of 10. It was hands-down the best concert I’ve ever seen and I loved how unpretentious the band was. They didn’t waste any time coming out to perform. They were just as energetic as their fans and they sang every song like it was the first show of the tour. They had probably the shortest wait for an encore I’ve ever seen. It was obvious that they were humbled by the support and just happy to be there performing. I felt like such a kid at the show. It’s truly the first time since I was about 12 years old that I watched a show and wanted to be in the band.

Arcade Fire has a unique ability to sum up the complexities of the human experience – the joy, the fear, the frustration and the adventure of life. They nourished my soul and melted me down into a pool of love, sadness, desire, despair, and every other emotion. The power may be out in the heart of man, as is so eloquently stated in Neighborhood #3 (Power Out), but it certainly was not out in that theatre.
Posted by T at 8:13 PM