Hi there. I'm doing a post for TV and films I'm looking forward to / will be watching in Q1 2020 (really just January and February). This is also to finally share a schedule for Fear of Better Films (see below) for the recent future! If you'd like to participate just let me know! By the way, this post was written/edited super quick and sloppy. Just gotta finally get it done! That's kind of my 2020 motto...

NOS4A2 (I started this a while back and will finish it soon)
Joker (never saw it in the theater...I'll probably watch it this weekend)

So on to Fear of Better Films.

I wrote about this a bit in my post in October but I've started a new system of watching movies (God what's wrong with me) called Fear of Better Films. I watch the first 15 minutes of three different movies and then finish the one (at least) I like best. It probably goes without saying but I started this because of the plethora of good looking films out there (the word DEARTH popped into my head instead of plethora but that's the opposite of what I meant. Really wanted to use DEARTH though...).

I might start doing a more structured schedule (not sure what I even mean by that) but for now, here are the next few rounds I've randomly selected.


By the way, almost all of those are available on streaming services (here in the states, anyway). I started at round 3 above because I did a few official rounds (and many unofficial) before that. And if you'd like to join along for any of these rounds, just let me know. I'm curious to see if others would decide on the same films I do. Happy Watching!
Posted by Robert at 1:02 PM No comments:

Email ThisBlogThis!Share to TwitterShare to FacebookShare to Pinterest
Labels: A Peek Through the Hatch, by Robert, Comic Book, Fear of Better Films, Film

I seem to have an unwritten rule these days: Don't Write Anything on Your Blog.

But I'm breakin' that rule, baby. 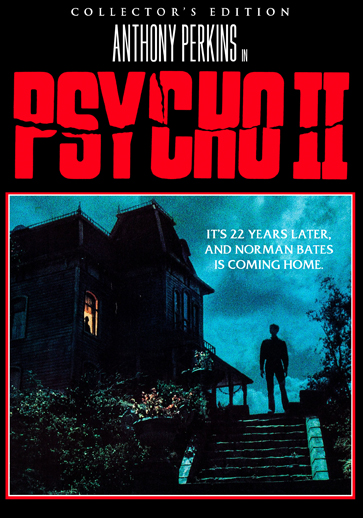 I've been percolating a watchlist of horror films for this month, October, the best time of the year. Some are new (to me), and some will be rewatches. Check out my list, some of which I've already gotten to:

So I need to explain this a bit. Lately I've been watching the first 10 minutes of three different films. Whichever one (at least) I like the best gets finished. I'll be approaching a lot of the films on my list like this. I've randomly picked the combatants. And I'm actually upping each chunk to 15 minutes - I feel like that's a better amount of time.

I obviously won't get to all of these but I'll have fun trying...
Posted by Robert at 5:25 PM No comments:

We've gone and done a fourth installment of Countdown to Avengers! That's right, I teamed up with CT, Pax, and Jay to tackle Infinity War, Ant-Man and the Wasp, and Captain Marvel. Let's finish all this with a look at that last one, with some backup from Pax at Cavalcade of Awesome. You can check out all our other posts here.

SPOILERS FOR CAPTAIN MARVEL AHEAD!

"Carol Danvers becomes one of the universe's most powerful heroes when Earth is caught in the middle of a galactic war between two alien races."

I'm not sure where to begin with Captain Marvel, Brie Larson's foray into the MCU and the Infinity Saga's penultimate installment (or is it?). I wanted and want to love it. And I basically do, mostly thanks to Larson as the amnesiac superhero Carol Danvers.

But there are flaws. The film takes a while to get going and yet at the same time it zips around and fast forwards when it wants to. A - pretty big - negative for me is that I don't particularly remember a great action sequence. The film's by no means boring in that respect but if we're judging it by thrills and chills there's nothing that stands out. The dog fight towards the end - before Carol gets her powers - was fun, but that could be in any movie. The end when she's taking out tons of Kree ships? It's cool, but it's kind of one-sided. But I'm quibbling here and tons of others enjoyed the film's action.

Sam Jackson was great and it was wonderful to have his Nick Fury back in a big way. I think a big draw of the film was Jackson and the record setting use of Marvel's de-aging tech that's been used to roll back the clock on Michael Douglas, Robert Downey Jr., Kurt Russell and others. He really connected this film to the others in one of the biggest ways possible. It being a prequel really sets it as part of the universe as well. A young Coulson (Clark Gregg) had a similar effect. We get some other tie-ins to the MCU here, namely an unexpected appearance by the Tesseract.

I'd heard going in that Ben Mendelsohn as Talos was great. He was both a compelling villain and - spoiler alert - a standout ally when that reveal came. His roles as both alien and shapeshifter breathed a bit of uniqueness into the MCU.

The story was a little different than what we're used to in the MCU. It was life as usual for "Kree" warrior Danvers until a mission leads her to Earth. We get her piecing her history there back together and the jumbled storyline was fun. A scene where her enemies use tech to scan her memories was particularly unique and memorable. The film both developed some backstory for the MCU and plotted a course for the future and the supporting characters, particularly Jude Law's mentor-to-Carol character, were fun.

I’m curious to see how Captain Marvel fits into the Avengers. In the comics she and Tony have a civil war so that will be interesting. We see her a bit in trailers and the Infinity War credits scene but it's not much to go on. Much has been made about Captain Marvel vs. Thanos - almost as much as Ant-Man vs. his butt. We'll see how powerful she - and the rest of the remaining Avengers - are.

As a side note, there's been an extreme amount of hate directed towards Brie Larson. Like, weird mind boggling, purest-sense-of-the-word-troll kind of hate. I thought about taking a deep dive into that here (and how I don't get it), particularly focusing on oddly obsessive YouTube videos, but I'll spare everyone.

This movie is important for what it is and I appreciate that.  For my wife and my daughter and for the other adorable girl that was in my theater wearing the Captain Marvel uniform while she watched the movie.  For that this movie has my undying support.

I think the first half of this movie is kind of a jumbled mess.  It gains more focus by the end, but that first part is really confusing to sit through.  I don’t think the filmmakers they got for this particular movie stuck the landing.  Despite that, I'm actually really looking forward to Captain Marvel’s return in Endgame.  I’m really looking forward to how the Russo Brothers and Markus/McFeely meld this character into the MCU because I think she could be pretty great.  Scratch that, I think she’s *going* to be really great in Endgame.  It’s just tough to see it here in her solo movie.

This movie really leans *hard* on the fact that it takes place in the 90s, and that’s not a criticism.  I loved all of that; the Windows 95 references, Blockbuster Video, the pager.  It's fun, the effects look great.  I loved seeing young Fury and Coulson.  Loved the Flurken.    I appreciate what this movie has now done, even if I didn’t totally love it.  But I very much look forward to the place Captain Marvel will have in the MCU from this point on.
Posted by Robert at 12:15 PM 1 comment: